Editor’s Note: Red Zone Rick provides some insights on the top fantasy football players from each team in the AFC South. A must-read for anyone playing fantasy football for the 2019-2020 season.

The Texans and the Colts are the two teams to watch for fantasy players this year. Perhaps the biggest prize is Colt’s QB Andrew Luck. With his strong bounce back season last year and the team showing big improvement, especially in the second half of the season, this year could catapult Luck to the top of the QB ranks.

Watson, Hopkins and the Texans D led by J.J. Watt — what’s not to like?

Low-key, he could be the number 1 fantasy WR in 2019. Houston has been close to getting it all together, but hasn’t quite gotten it to click. Hopkins has been the most integral part of their methodical rise to greatness.

Their defense is their identity. This is one of the few defenses that you can start every week. With J.J. Watt leading the defensive unit you know you have a strong leader. Check out his commencement speech in Madison.

There were times in Miami when Lamar Miller looked like he was Le’Veon Bell. But Miami wasn’t convinced. Houston was. However, since joining Houston, he’s arguably been a disappointment. Yet he hasn’t look too far-off from being a dominant RB1.

After a few down years, expect his draft value to suffer a bit. If he really comes down in price, don’t be sheepish about snatching him up. Especially if you’re in PPR format. His floor is decent– it’s his ceiling that has been the let-down.

Fuller can score a home run at almost any time. If he can stay healthy, he is the perfect compliment for Hopkins. He doesn’t usually garner a ton of targets, but he certainly makes the most of the catches he hauls in. His blazing speed is his biggest weapon.

KeKe isn’t a household name, but he got picked up in most leagues last year when Fuller was injured. He clearly has some skill. He isn’t a main WR or even a Flex, but he could be someone you stash on the bench and save for a rainy day.

Another victim of the injury bug. I was high on Foreman last year but he never really got to shine. He isn’t the main guy (that’s Miller) but he is fast, strong, and a perfect compliment for the Houston run game. If Miller slows down or goes down, Foreman has everything to be the next big name in Houston. He’s worth a bench spot in every league.

The Colts are contenders and they have the fantasy players to back that up.

Andrew is back and piecing it all together. The line is protecting him, his shoulder is healthy, and he has help all over the offense. The only weak link on offense could be the running game, (which might just put the ball in Luck’s hands more often). He is about to follow-up his comeback year with another great season, and don’t be surprised when he’s a top-5 QB.

Every top QB needs a top WR– and that guy is T.Y. Every year people find ways to knock on Hilton, but he just keeps showing up and balling out. With Luck back, Hilton is poised to have his best season yet. Certainly a top-10 WR but not everyone has figured that out yet.

Not every top QB needs a top TE, but it certainly helps. If Ebron reproduces his production from last season he could be one of the best bargains in the draft–and it is pretty reasonable to assume he will put up numbers comparable to last year. Kelce, Ertz, they’re good but pricey. Ebron is all the production without the big price tag. The TE spot is often overlooked but don’t overlook Ebron this year.

Someone is going to be the top RB in Indy, so let’s assume it’s Marlon Mack. [If that doesn’t sound like a great bid of confidence, that’s because it’s not] Mack has the opportunity though, so that’s why he is graded Silver. He definitely performed well at times last year, but let’s just say if he can produce consistent RB2 value this season, you’re going to get your money’s worth.

Carolina didn’t want to keep him, but he doesn’t have any definitive flaws. He is just a little raw and unpolished. Funchess might be just a supporting cast member, or he might have a real role to play. He’s a big receiver and can win jump balls. It just depends if he can build some chemistry with Luck

Jack Doyle might have a bland name, but he is anything but a bland tight end. Clearly Ebron is the Colts TE to own, but Doyle carries good value too.

A few years back, Ware had a terrific season holding down the backfield for the Chiefs while Jamaal Charles was on the mend. Then he disappeared with injuries and hasn’t really returned to the same status.

If he can regain what he had back in Kansas City as the starting RB, he’ll be able to get a lot of field time. He’s most dangerous as a pass catcher– Indianapolis obviously signed him for a reason so you know they have some plan for him. 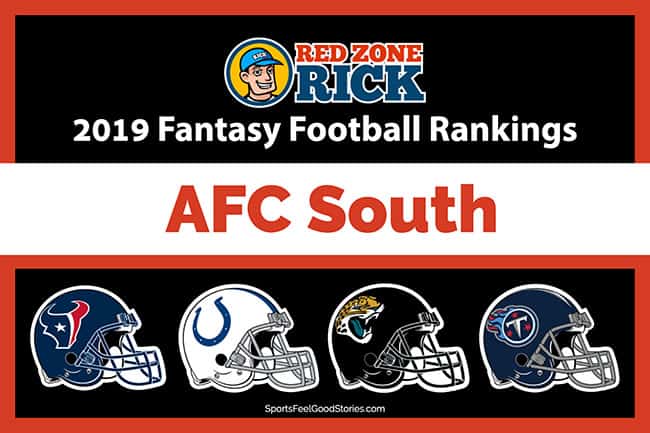 The Titans have some talent, but to make a big impact this year in the NFL standing and in your fantasy leagues, several players are going to have to turn it up a notch.

You saw what he did. It took time, but it’s what the believers had been saying all along. And we all saw it. Yes, it happened late in the season so we didn’t get enough time to really be “certain” that Henry can be an all-season long producer. Check out how Derek Henry saved his career.

But if that’s giving you second thoughts, instead consider that it is probably giving others some second thoughts too and try to look at it like it’s your Derek Henry discount coupon – and go draft him.

Davis hasn’t really delivered yet on his expectations, but he is young. The Tennessee offense as a whole hasn’t really clicked since he’s been in the league, so there are a lot of potential factors at play. If you draft him, make sure you’re already set with more reliable WR’s first. Put him on the bench and just wait to see if the investment grows.

With Henry showing-out at the end of last season, it seems pretty likely this is Henry’s backfield until further notice. Luckily for Lewis (and his to-be fantasy owners) the Titan’s need all the help they can get on offense and Lewis provides a lot of options.

If you’re in a PPR league, Lewis is not going to totally disappear behind Henry. Lewis is far too valuable to be used as just a backup. His value will certainly be considerably less than Henry’s but make no mistake, Tennessee is a dual-RB town.

He doesn’t dazzle all the time, but he can certainly exhibit why he is a franchise QB. This man isn’t your ideal fantasy starting-quarterback for the whole season, but he certainly could be for some select games.

The Tennessee defense has quietly become a real force to be reckoned with. If the air game doesn’t get going in 2019, expect the run game and the defense to be what brings home the W’s.

His last year with the Tampa Bay Buccaneers, Humphries really started to put together a stat line. As it stands right now, he’s no better than a Bronze grade, but if he builds on it with his new team, he could become a solid Flex starter.

Again, if this offense gets going, Taylor could be a part of it. But as things sit now, there are better options out there. Same goes for Tajae Sharpe.

Delanie Walker has been consistently the most under appreciated tight end in the National Football League. Last year he would have proven again that he is the real deal–if not for a serious injury that struck in the beginning of the season. With what will be almost a full year of recovery time by the start of the 2019 season, Walker could likely be back at 100%. If he is then he is worth grabbing.

All successful fantasy drafts do not need to go through Jacksonville. Still, you might find some value if you look hard enough. For the cream of the crop for AFC South Fantasy Football players, you’ll need to look elsewhere.

They may have gold on part of their helmets, but they don’t have it for fantasy purposes. 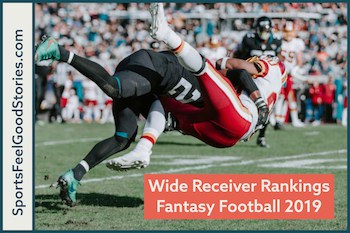 He’s been struggling but he’s still clearly a beast. They believe in him. It was impossible to know what this offense was capable of with Blake Bortles playing the way he did last year. I wouldn’t trust Fournette as your RB1, but you can feel good about him as an RB2.

Last year was a slump for the whole team. Their defense is still stacked, expect a bounce back and at least Silver status.

Foles magic or Foles gold? He might work for Jacksonville but my goodness would he be risky for your fantasy team. If you’re truly a believer then I probably can’t say anything to change your mind, but at least keep him on the bench until we see what things look like.

He’s fast and he’s good but you’re not going to start him week one. Bench stash at best until we see what this team looks like with the new QB.

Again, talented, but bench spots are actually pretty valuable in the beginning of the season and all things considered I don’t think Conley is worth one until we see some more out of this team.

He certainly LOOKS good. But the consistency has never been there–then again, consistency was not synonymous with Blake Bortles. Is Nick Foles just a legend or is he truly a starting QB? Lots of questions, but if there is one WR I could really get onboard with down in Jacksonville, it’s DeDe.

Red Zone Rick, the spiritual leader for hordes of fantasy football fanatics, is intent on shining the light on fantasy football prospects who can help your team. A judoka and history fan, Rick can get to the heart of the matter very quickly.

Q & A on Fantasy Football