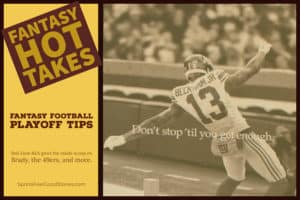 It’s time for Red Zone Rick’s Hot Takes entering playoffs for 2019. Next Thursday the standard fantasy football leagues enter the playoffs. If you’re not yet eliminated, the lineups you set over the next 4 weeks are critical. Even if you’re already a lock for the playoffs, locking down a first-round bye should be your […] 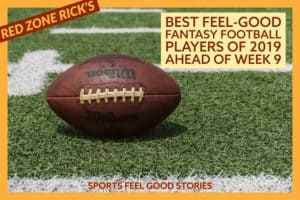 Feel good fantasy players can come at all different points in your draft. They can make a difference between winning some close games and talking “wait until next week.” This week we’ll look at nine flex players that are shaping up to have fantastic comeback and breakout fantasy seasons. For one reason or another, all […] 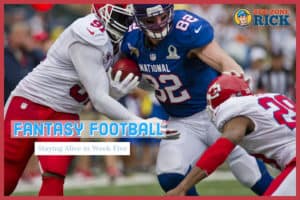 Red Zone Rick is at it again. Here’s Fantasy Football: Staying Alive in Week Five. October football is here. While September football is exciting, it usually isn’t until early October that NFL teams start showing their true colors. We are getting a good idea of which players are going to be the most dangerous, which […] 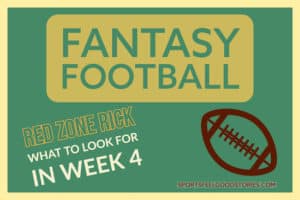 What’s in store for week 4 of fantasy football? We asked Red Zone Rick to give his perspective. Oh boy, bye weeks begin with week four of fantasy. It’s a soft bye week though, with only two teams out. The Jets and the 49ers will back in action come week five and with the exception […] 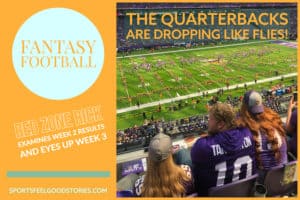 How many fantasy football QB’s will be standing at the halfway point of the season? Now that Week 2 is in the books we are beginning to get a real feel for what the 2019 season has in store. Some notable QBs are already out and won’t be suiting up any time soon. That is […] 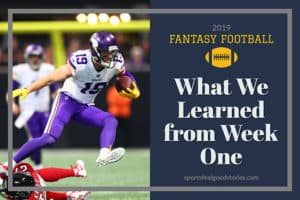 First and foremost, what we know about Fantasy Football Week One is that it’s hard to know anything for certain from Week One. Week Two is when reality starts to set in. But what we can gain from the first week of the season is good insight; we just can’t (shouldn’t) jump to any conclusions. […] 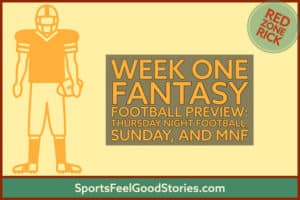 It’s the kickoff of the season and time for your Week One Fantasy Football Preview. At last, it’s finally here. You waited patiently all spring, studied all summer, and you just finished drafting the perfect team. Now all that’s left to do is kick back and let your starting lineup win you a trip to […] 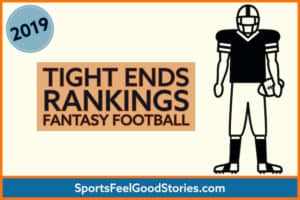 Developing the tight ends rankings this year is an exercise in understanding the past with an eye towards variables that will affect this season’s performance. The tight end is a volatile position that has can erupt or lay dormant any given week. For this reason having a good tight end is especially important, but paying […] 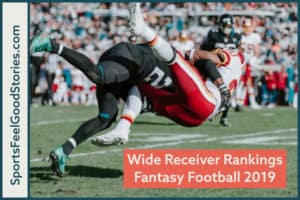 Understanding the WR Rankings Fantasy Football this year is critical. The NFL has slowly shifted into an offensive league over the last decade and the primary beneficiaries of the transition have been quarterbacks and their wide receivers. PPR fantasy football leagues allow for 2 WR in the starting line up, while the most common FLEX […] 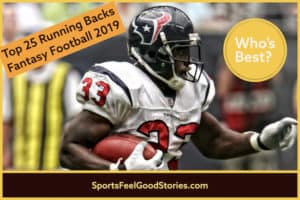 This Running Backs Rankings 2019 from Red Zone Rick might be the key ingredient for you to succeed in your fantasy draft this year. Running backs are the motor of any good football team. And that makes no difference if it’s fantasy football or the real thing. A good running back can take over the […]