We are getting a good idea of which players are going to be the most dangerous, which teams are going to be studs, and which ones are ill-fated duds. And when it comes to fantasy football, this distinction can make all the difference between an average point producer and an exceptional one.

Beyond just getting a look at the teams, we also have gotten a good glimpse at their new 2019 draft picks now that we officially have a full month in the books. We’re starting to see which freshmen players are shaping up to be rookie phenoms; landing a home run on a draft pick can be the missing piece a team needs.

Here’s an in-depth look at some of the most notable rookies. 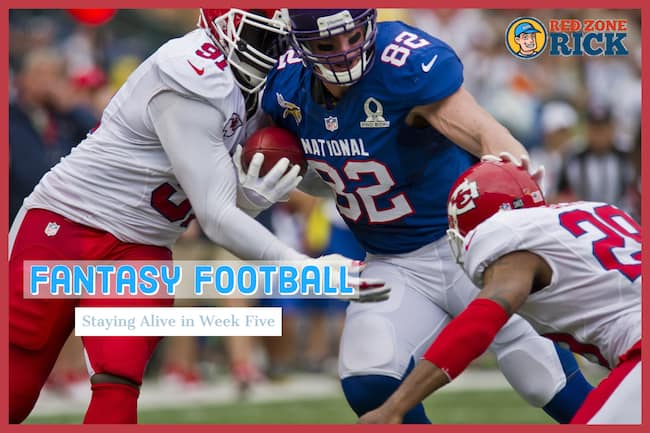 Hardman is going to be a hard man to trust in fantasy this year. Through 4 weeks he has 17 targets for 8 receptions with 2 TDs and 167 receiving yards. And those are his numbers without Tyreek Hill on the field. His presence certainly boosts Mahomes’ value, but his stand-alone value fails the Risk/Reward analysis. He’s a Flex roll of the dice until Hill returns.

14 targets for 11 receptions is a nice catch-rate, but 147 yards and 1 TD isn’t the most alluring. The way San Fran spreads the ball around it is hard to trust any of their players this year. Even Kittle has been a pain for his fantasy owners–too good to drop/bench but not good enough to justify his high draft price. We’ll have to see how the 49er offense adjusts coming out of the bye.

Hollywood started hot but has cooled off; this can be said about the Ravens as a whole. But 34 targets for 18 receptions and 304 yards and 2 TDs isn’t bad. It puts him on track for 1200 yards and 10 TDs this season. Brown ought to stay hot.

October is the spooky season and who better to feature for your team than the man who has been haunting the nightmares of cornerbacks everywhere, “Scary Terry” McLaurin. He was inactive Sunday but don’t let that give you a fright. He’s got a bad hammy but it’s on the mend and he’ll be back to add to his 16 receptions, 257 yards, and 3 TDs. Scary Terry is the perfect flex play to spook your opponents.

The rule of thumb this year is to stay out of Miami. That doesn’t apply to the snowbirds and winter vacationers soon to flock south, but it does apply to fantasy football. Preston Williams is the definition of a nice floor (but he’s a Dolphin). Like grandma would always say about the hardwood floors, “stay off the nice floors”. Remember that.

Miami offers relatively little in terms of the ceiling but Drake and Williams at least have okay floors. 30 targets for 15 receptions, 201 receiving yards and a touchdown looks pretty nice, but also remember Miami is on a bye this week anyway, no sense in wasting a bench spot. It’s better to gamble elsewhere right now.

If you love boom/bust potential then AJ Brown is the guy from you. But if you love winning fantasy football games then you already know AJ Brown isn’t the guy for you. He has 223 yards and 2 TDs, which is appealing, but also the most receptions he’s had in a game so far is 3 which isn’t so appealing. Until those catches go up he just isn’t viable for fantasy. The same goes for Corey Davis.

In the last 4 weeks, Metcalf has had (in descending order) 4 catches, 3 catches, 2 catches, 1. He’s trending in the wrong direction. That said, he is still an interesting bench stash but clearly nothing more at this point. Outside of Tyler Lockett and Russell Wilson the Seahawks offense is all in flux. Even Chris Carson seems to be losing his hold (on the football and) on the starting RB spot.

He’s no threat to what Saquon did as a rookie last season but he is the best rookie RB out there right now. The problem is, Saquon was so good that he was able to obliterate defenses and post staggering stats regardless of how poor his own team performed. Josh Jacobs is good but he’s not that good. Jacobs also is not a receiver; something Barkley excelled at. All signs indicate this is a down year for rookie RBs across the league.

In PPR leagues Jacobs has 51 fantasy points through 4 weeks, good enough to rank him 21st among all RBs. He’s a middle-end RB2 and probably will stay that way for the foreseeable future.

The second-best fantasy RB for rookies after 4 weeks is David Montgomery. Since his slow start Week 1, he has been trending upward in the right direction after relatively solid performances in weeks 2, 3, and 4. He has 40 points which put him square in the 10-points-per-week club. Not the shiniest badge you’ve ever seen but when it comes to fantasy RBs the landscape can at times be quite bleak.

Montgomery’s a low-end RB3 but the stout Chicago defense tends to their run game viable so expect his value to continue to creep upward as the season progresses.

The next best rookie RB is Miles Sanders who comes in with 34 fantasy points. That averages out to a modest 8.5 fantasy points per contest. A nice floor but not desirable for any position other than a flex reach. Howard looks like he has the edge on the backfield in Philly.

It’s safe to say the rookie RB class of 2019 has to put in quite a bit more work before they start winning fantasy football games on the regular.

The 4th-ranked rookie through 4 weeks is Pollard but even his 27 fantasy points don’t jump off the page. And there’s even more reason to overlook Pollard. The devil is in the details, 2 details to be specific: firstly, 21 of those points came from one game which also just so happened to be against Miami. Secondly, and this is a very big detail, he plays second fiddle to Elliot. Take a hard pass on this rookie.

The fifth and final rookie back I’ll highlight is also potentially the most promising:

Devin Singletary has 26.5 fantasy points but only has appeared in 2 games. He’s working his way back from injury and will overtake full duties once he’s healthy. Frank Gore is a more-than-competent and capable backup while the rookie is out, but make no mistake, Buffalo has (somewhat surprisingly, admittedly) put together a very solid team that even managed to give Tom Brady and the undefeated Patriots all they could handle last week.

Singletary offers the best upside for his value at the moment. Making a trade offer for him right now and playing things patient for a couple of weeks sure feels like a wise move (for you, not whoever trades him away).

Careful, some of these are Extra Hot. Proceed with caution.

Jameis Winston is a Fantasy QB after all!

He’s trending in all the right directions. After opening the season with 194 yards, 1 TD and 3 Interceptions in Week 1 he’s found his rhythm and his receivers to the tune of 385 yards, 4 TDs, and just 1 Int by Week 4.

Joey Slye is the kicker to own. Drop Gostkowski

Gostkowski has been a top tier kicker for years but it seems like finally those years are starting to catch up with him. He continues to miss a kick here and there. Not only that, but the Patriots haven’t been kicking many field goals. Meanwhile, Joey Slye has been on fire for Carolina. Over the last half-decade the Panthers have favored a strong kicking game and that tradition is being carried on now by Slye.

Nick Chubb is playing like the best back in the NFL

McCaffrey, Eckler, and Cook are the obvious front runners right now but don’t overlook Chubb. He has been quietly chugging along and continues to bulldoze defenses. His most recent victim: the formidable Baltimore Ravens. Chubb isn’t the flashiest, and he doesn’t quite have his foot into the top 3, but he is turning into the top talent the Browns thought he was and showing no signs of letting up. Full Chubb ahead.

Le’Veon Bell and the Jets to explode once Darnold returns

That’s right, the hapless Jets are about to right their wrongs. The losses will inevitably continue for as long as Luke Falk remains at the helm but once Sam Darnold checks back in I expect the Jets to throw caution to the wind (…and throw to Anderson, Crowder, and of course Bell).

Bell has been more than just a featured back, he has been the entire centerpiece of the Jets’ offense. The plan to utilize Bell won’t change, but the best way to open up the run game is to open up with offense with some throws: short to Crowder, Deep to Anderson. The Jets will be a 1-2-3-punch.

Golden Tate to thrive with Jones as QB

The biggest concern about Tate’s fantasy value was never the suspension, it was his quarterback Eli. Well, now both of those things are about to be irrelevant. Tate has always been a dynamic and dangerous player who thrives when the pressure is on.

Suddenly the Giants find themselves without their best player, Saquon, and with a rookie QB, yet ironically their season and playoff hopes are more alive than ever. Enter Tate. Sheppard and Engram have kept the highlight reels rolling but now we are really about to see how big the Giants can get. It remains to be seen how much Golden will play this week, but if the Giants can beat the stout Minnesota defense – which is no small task – it will be a very good omen for Big Blue.

Rick, the high priest of hot takes, just keeps getting better as the season progresses. Tune in each week for his analysis to help you win your league. 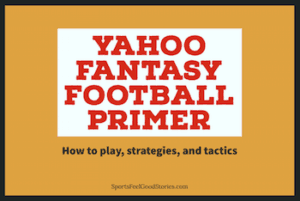