In the 2nd best high school football game ever played, it was one surprise after another. When the final tally was recorded, Gonzaga walked away with a 46 to 43 victory over DeMatha for the Washington Catholic Athletic Conference (WCAC) championship.

This game had it all. The old coach’s saying of playing until the last second ticks off the clock were never proven truer. The game-winner was a Hail Mary pass that enabled the Gonzaga Eagles to walk off winners.

It Ain’t Over Til It’s Over

The DeMatha Stags were ahead of Gonzaga by three points with just 45 seconds to play. But the Eagles, behind a big pass play, scored a touchdown to take a 40 – 36 lead. Then, things got even more interesting.

DeMatha senior Dominic Logan-Nealy ran through the entire Gonzaga team to return the kick-off for a touchdown and an apparent DeMatha victory. The Stags led by a score of 43-40 with just a matter of seconds to play.

On the first play after the kick return, Caleb Williams the QB for Gonzaga threw a game-winning touchdown from his own 41-yard line on the last play of the game. With three lead changes in the last 45 seconds of the game, this game was truly not for the faint of heart. It became an instant classic.

DeMatha High School has a rich tradition in high school sports. Twice the school was recognized as the #2 high school in the nation for athletic programs by Sports Illustrated. Gonzaga is no slouch either. Their rugby team has won 12 consecutive Potomac Rugby Union Championships and finished first in the nation in 2018. Both schools are a private, college-prep school with Roman Catholic affiliations. 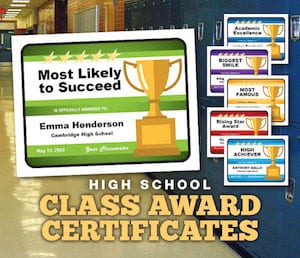 The Gonzaga vs. DeMatha game was truly amazing. And yet, it still was only able to earn the second-place award in the best high school football games. Check out the first place winner: John Tyler vs. Plano East. This game won an ESPY award for the folks calling the game. The game and the ESPY award are very deserving.

Hopefully, you watched the above video until the very end. It was worth it. There you have it: two outstanding high school football games to cherish.