The best rivalry in the NFL takes place when the Green Bay Packers play the Chicago Bears.

Why is the rivalry so intense? 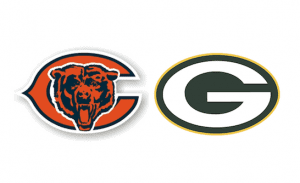