“So we beat on, boats against the current,
borne back ceaselessly into the past.”
– F. Scott Fitzgerald (The Great Gatsby)

Of Rowing and the River

I came to rowing rather late in life. I’ve always been an eager participant in human powered travel. Cross country skiing, biking, canoeing, kayaking, hiking – all these activities had my enthusiastic participation.

One early spring my wife, also a human power devotee, decided to learn to row. She was hooked immediately. It took her a year to convince me to try it for myself.

“Is it as good as skiing?” I asked, skeptically.

Luckily we lived in the Twin Cities of Minneapolis/St. Paul and both of these cities have rowing clubs that offer lessons to the public. I soon found myself sitting in 7 seat of a novice eight, part of a motley crew of all ages and sizes.

Our teacher, a diminutive woman with a booming voice totally out of proportion with her size, sat facing her crew in the coxswain seat. A club member and experienced rower sat in 8 or “stroke” seat.

“Oars flat on the water, sit easy,” was the first command. Having been pushed away from the dock, the sixty foot long shell bobbed and rocked gently in the swift current of Pool Number One of the Mississippi river.

“Eight and Seven, ready to row!”

“Oh my God, that’s me!” screamed my startled brain.

I frantically tried to recall all the things we’d been taught during the land lessons. Perhaps the most important thing was “follow the rower in front of you.”

The huge eight grudgingly began moving through the water. After ten or so strokes the Cox ordered, “Six and Five, in Three,” which meant in three strokes the next two rowers were to join in.

With four oars pulling the boat actually began to run. It wasn’t like rowing a dingy when you feel every stroke is an effort, it was like the boat came to life, slicing through the water with an elemental joy you could feel.

By the end of the first session on the water we had all eight up and rowing. It wasn’t the prettiest eight in the water, in fact we were splashing so randomly that the club members standing on the dock decided to name our boat “Car Wash.” But we were all ecstatic, and I knew then and there that my wife was right.

… we were splashing so randomly that the club members standing on the dock decided to name our boat “Car Wash.”

After my novice lessons I learned to scull because I wanted to row a single. Most clubs teach sweep rowing first because you can get more students into a sweep boat. It will give most people a good idea of what rowing is about and the ones who stick around will want to learn to scull sooner or later. For me it was sooner.

By the end of my first year, I had ordered my own double and had my eye on a sweet wooden Hudson single that was hanging in the boathouse and not being rowed.

Perhaps it is because I’ve always liked boats. I agree totally with Ratty in Kenneth Grahame’s Wind in the Willows when he said: “There is nothing, absolutely nothing, half so much worth doing as simply messing about in boats; or with boats… in ‘em or out of ‘em it doesn’t matter.”

Why it took me forty years to discover the ultimate expression of boating I’ll never know. I’m just glad I finally did.

I’ve enjoyed many types of boats, from large power cruisers to kayaks, canoes and large and small sailing vessels. None of these put me in such direct contact with the water and the environment.

When you hold a rowing blade in your hand you are holding the river. You feel the power, the majesty and the rhythm and the soul of the thing. The river is the past and the present and it always flows to the future. The physical act of rowing soon becomes a spiritual meditation – a gateway to higher consciousness – a window to the vast connectedness of all things.

And my odyssey on the water continued. For my 50th birthday I learned to surf. 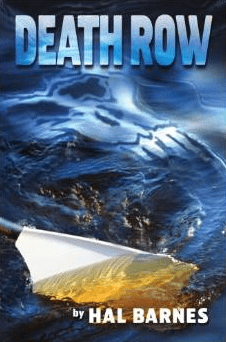 Hal Barnes is an author and copy writer that resides in Afton, Minnesota. Rowing founded its way into one of his recent books, Death Row available at Amazon.com.

“Of Rowing and the River” by Hal Barnes