You are here: Home / baseball / Pitcher Puts Celebration On Hold To Console Friend

Watching high school sportsmanship on display can make nearly anyone a sports fan. There is a reason why fans are mesmerized by the world of sports. What makes sports so enchanting and so absorbing is not just the wins and losses, but also the how players play the game.

That was on vivid display at a high school game in the Twin Cities area last week.

The latest Mounds View and Totino-Grace game in Class 4A and Section 5 is a testimony to sportsmanship and friendship. It was something of a fantasy story coming to life when Ty Koehn struck out his friend Jack Kocon to win the game for his team. As the entire Mounds View team celebrated the win, Koehn ran up to Kocon to hug and console him.

Koehn and Kocon have been close childhood friends. In fact, the two played youth baseball for the same team before parting their ways in high school. Koehn went to Mounds View and Kocon went to Totino-Grace. The two schools are just 5 miles apart in the north metro area.

Last week, it was a high school game between Mounds View and Totino-Grace. The highlight of the game wasn’t apparently Mounds View’s victory but the spirit of sportsmanship on the part of pitcher Koehn and the friendship between Koehn and Kocon. Ironically, it was Koehn who struck out his own friend Kocon to win the game for his team.

And he held off the celebrations with his teammates until he ran up to his friend and consoled him. BringMeTheNews quoted the pitcher as saying, “We are very close friends.” He further revealed that the two have been friends since they were 13. They played in the same smaller league team. Even when the two had to part ways when they went to different schools, they always kept in touch.

This high school pitcher held off celebrating with his teammates so he could console his childhood friend instead.

Last week it was a Class 4A, Section 5 game between the two high school baseball teams. The Mounds’ went on to win the game 17 to 10, which cleared their way to the state championships. This meant the end of season for Totino-Grace. When Koehn came to pitch to his friends, he thought that the game was either going to end right there or continue as such.

“Our friendship is more important than just the silly outcome of a game. I had to make sure he knew that before we celebrated,” BringMeTheNews.com reported Koehn saying.

As Koehn struck out Kocon, no one else realized about the kind of emotions going through the pitcher’s mind. As his fellow players ran to celebrate the win, he made it to the opposite direction where his friend Kocon was standing and hugged him.

CBS Sports called the heartwarming gesture by Koehn as “sportsmanship at its finest.” The pitcher demonstrated the perfect example of sportsmanship when he thought it more important to console his childhood friend whom he just struck out, instead of celebrating the moment immediately with his team.

CBS Minnesota quotes Koehn as saying, “It just felt like right thing to do.” His friendship was more important to him than any game.

What Did Koehn Say to His Friend?

Everyone wanted to know what Koehn said to his childhood friend when he consoled him with a big hug. And he was generous enough to recount the words he had said to CBS Minnesota.

“You had a great season, you are a great player and don’t let this situation, don’t let this outcome affect our friendship,” Koehn said, “And I told him I loved him and he’s my brother and our friendship will always last longer than this silly game and is silly outcome.”

Even his coach, Mark Downey, showed his appreciation for this gesture, calling him a great competitor. CBS reports him saying, “he understands there is a bigger picture and friendship really matters.”

According to Kocon, his friend’s gesture was so important to him. CBS quotes him saying that in 20 years he wasn’t going to remember the game’s score. He would certainly remember his friend supporting him when he needed it.

Winning and losing have always been considered temporary. How you deal with the outcome and get over it is what matters the most. It is believed that when you gloat over a win or sulk over a loss, what you are doing is standing still. It is not for a victory or loss that someone is going to remember you after a long time you are off the field, it is for the effort you put in and your sportsmanship.

Like Kocon said that after two decades, he may not even remember the game, but he is certainly going to remember that his friend was there and demonstrated a great example of sportsmanship. 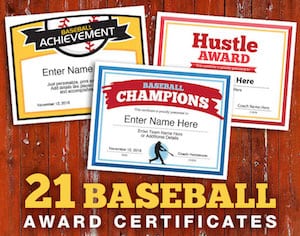