You are here: Home / The Best Motivational Quotes for Athletes

These best motivational quotes for athletes are for those who are at any stage in their pursuit to achieve their fitness or career goals.

You cannot achieve anything great without being motivated. Whether it is your next game, your career, or your fitness goals these inspirational sports quotes from great people, including athletes will inspire you to make it big. Live by these quotes and you will be able to make a huge difference in your achievements.

Share these motivational quotes for athletes with friends and loved ones. You may never know the difference these quotes can make in the lives of others too.

You are never really playing an opponent. You are playing yourself, your own highest standards, and when you reach your limits, that is real joy.
Arthur Ashe

It ain’t over ’til it’s over.
Yogi Berra

When I go out there, I have no pity on my brother. I am out there to win.
Joe Frazier

I hated every minute of training, but I said, ‘Don’t quit. Suffer now and live the rest of your life as a champion.’
Muhammad Ali 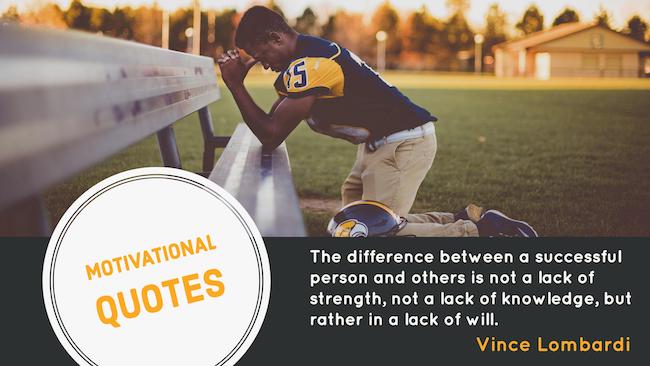 If you aren’t going all the way, why go at all?
Joe Namath

You can’t put a limit on anything. The more you dream, the farther you get.
Michael Phelps

Skill is only developed by hours and hours of work.
Usain Bolt

Obstacles don’t have to stop you. If you run into a wall, don’t turn around and give up. Figure out how to climb it, go through it, or work around it.
Michael Jordan

The man who has no imagination has no wings.
Muhammad Ali

I think that the good and the great are only separated by the willingness to sacrifice.
Kareem Abdul-Jabbar

In baseball and in business, there are three types of people. Those who make it happen, those who watch it happen, and those who wonder what happened.
Tommy Lasorda

I’ve missed more than 9,000 shots in my career. I’ve lost almost 300 games. 26 times, I’ve been trusted to take the game-winning shot and missed. I’ve failed over and over and over again in my life. And that is why I succeed.
Michael Jordan

It doesn’t matter what your background is and where you come from, if you have dreams and goals, that’s all that matters.
Serena Williams

I’ve never aspired to be a leader. I have only focused on doing things that I felt were important.
Ginny Gilder 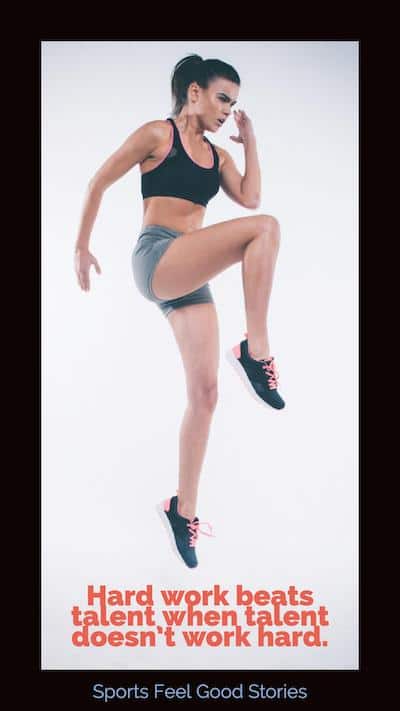 I just come do what I’ve got to do, play my game. And I don’t worry if anybody likes it.
David Ortiz

If it is easy, then you are doing it wrong.
Gabby Williams

The most valuable player is the one that makes the most players valuable.
Peyton Manning

Never let the fear of striking out get in your way.
Babe Ruth

The more difficult the victory, the greater the happiness in winning.
Pelé

Most people give up just when they’re about to achieve success. They quit on the one-yard line. They give up at the last minute of the game one foot from a winning touchdown.
Ross Perot

I think luck falls on not just the brave but also the ones who believe they belong there.
Novak Djokovic 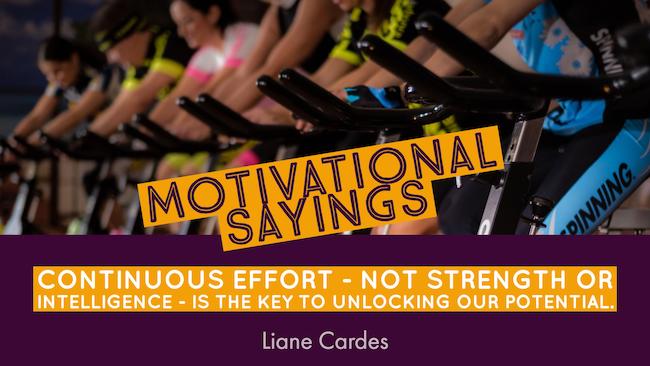 One man practicing sportsmanship is far better than 50 preaching it.
Knute Rockne

If you’re not making mistakes, then you’re not doing anything. I’m positive that a doer makes mistakes.
John Wooden

The five S’s of sports training are stamina, speed, strength, skill, and spirit; but the greatest of these is spirit.
Ken Doherty

The knowledge that everything good can be taken away at any second is what makes me work so hard.
Ronda Rousey

When you’ve got something to prove, there’s nothing greater than a challenge.
Terry Bradshaw

Never give up, never give in, and when the upper hand is ours, may we have the ability to handle the win with the dignity that we absorbed the loss.
Doug Williams

Be the hardest working person you can be. That’s how you separate yourself from the competition.
Stephen Curry

It’s hard to beat a person who never gives up.
Babe Ruth

There’s always a point where you get knocked down. But I draw on what I’ve learned on the track: If you work hard, things will work out.
Lolo Jones

Set your goals high, and don’t stop till you get there.
Bo Jackson

The harder the battle, the sweeter the victory.
Les Brown

If you can’t outplay them, outwork them.
Ben Hogan

Most people never run far enough on their first wind to find out they’ve got a second.
William James

You have to expect things of yourself before you can do them.
Michael Jordan

Continuous effort — not strength or intelligence — is the key to unlocking our potential.
Liane Cardes

Good is not good when better is expected.
Vin Scully

If you have everything under control, you’re not moving fast enough.
Mario Andretti

Do you know what my favorite part of the game is? The opportunity to play.
Mike Singletary

The difference between the impossible and the possible lies in a person’s determination.
Tommy Lasorda

Nobody who ever gave his best regretted it.
George Halas – Read about the Chicago Bears Franchise.

Always make a total effort, even when the odds are against you.
Arnold Palmer

You were born to be a player. You were meant to be here. This moment is yours.
Herb Brooks

If it doesn’t challenge you, it won’t change you.
Fred DeVito

How you respond to the challenge in the second half will determine what you become after the game, whether you are a winner or a loser.
Lou Holtz

There are only two options regarding commitment. You’re either IN or you’re OUT. There is no such thing as life in-between.
Pat Riley

A champion is someone who gets up when he can’t.
Jack Dempsey

The principle is competing against yourself. It’s about self-improvement, about being better than you were the day before.
Steve Young