Developing the tight ends rankings this year is an exercise in understanding the past with an eye towards variables that will affect this season’s performance.

The tight end is a volatile position that has can erupt or lay dormant any given week. For this reason having a good tight end is especially important, but paying a relatively high price for a middle of the road tight end can be a costly error.

If you draft a guy that isn’t consistently placing in the top 10 or 12 TE’s weekly, you’ve made a mistake. For this reason, it is important to focus on the top 10 TE’s heading into the season; anyone ranked lower than top ten and you’re better off streaming based on who’s hot and who’s not. 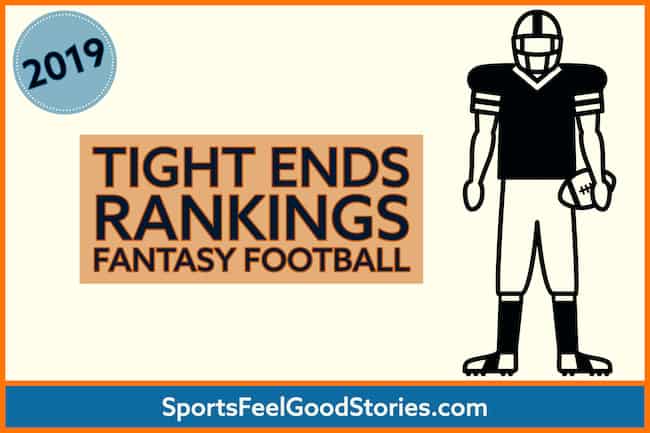 If there is one tight end you should grab in the second round, it’s Kelce. Don’t reach on him, but if he comes naturally you absolutely should draft him. He is a TE that posts numbers like a WR1.

Reliable TEs are much harder to come by than WRs but you have to start a TE every week all the same. Kelce gives you the rare convenience of being able to post WR1 numbers from your TE spot. Strategically this opens things up to experiment with more WRs.

He’s not Kelce but he’s almost as good. Zac Ertz continues to post impressive numbers and remains healthy even when Wentz isn’t. The Eagles have one of the most talented rosters in the NFL on offense and defense and regardless of the matchup or who is around him, Ertz always seems to post a formidable stat line.

He is a red zone option and an every down option which gives him lots of flexibility in how he earns his targets. Even when he isn’t scoring TDs he is still compiling catches and yards.

Kittle exploded into fantasy lore last year with a tremendous season seemingly out of nowhere. He demonstrated everything you could hope to see from a scouting standpoint, and did most of it on a banged up offense that wasn’t going anywhere last season.

The only hesitation factors are that he hasn’t shown he can perform these feats perennially, and a lot of the pieces around him have changed (upgraded) since last year. Exactly how he fits into the 2019 49ers remains to be seen, but he undoubtedly will have a large role. If he comes to you naturally in the draft you can take him with a good degree of confidence.

Philip Rivers LOVES throwing to his tight ends (see: Antonio Gates’ career) and you can bet that isn’t about to change this late in his career. The only thing that is going to change now is that instead of targeting Gates, Rivers will be throwing to the man drafted by the Chargers to fill Gates’ shoes. That itself says a lot. And when he’s been healthy he has certainly lived up to the billing.

Perhaps the best part about Henry’s draft value right now is that a lot of people have forgotten just how good he looked in 2017.

Every year, without doubt, Walker was one of the absolute gems when it came to discount TEs in fantasy football. Last year his asking price got a little bit steeper as people started to catch on, but his early season injury in 2018 has dropped his draft price significantly and his value has never been better.

The return on investment once again looks very favorable. If he is still hampered by his injury (which he’s had almost a full year to recover from) then he might disappoint. But signs coming out of the Titans camp seem to indicate he’s still their guy. 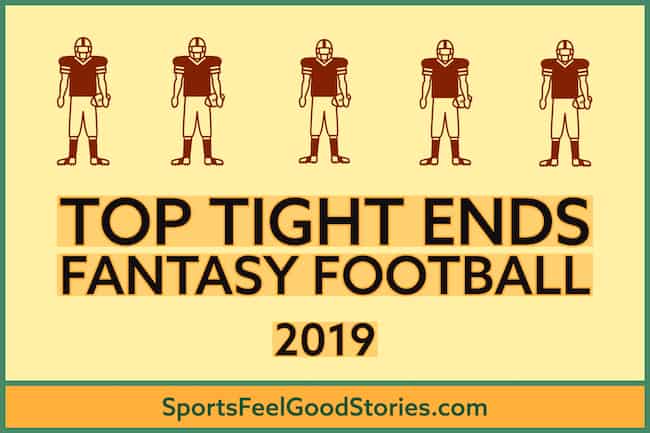 The only one or two or three things going against him is: 1.) Jamie Winston needs to improve drastically before we can expect Howard to break out; 2.) Bruce Aryans needs to target his TEs more in Tampa than he did in Arizona; and 3.) He has to share time and targets with Brate who also has shown he is very talented. And he needs to come back from his injuries and stay healthy all season.

If all of those things can happen, Howard could look every bit as impressive as Ertz or Kelce.

He is with a new team yet again, but this time it’s met with a substantial QB boost. Not only is Brees leagues ahead of Carr in talent and experience, but he is also more familiar with how to use a dangerous TE like Cook. New Orleans has a unique situation: they have a dominating offense yet are in need of offensive weapons. Enter Cook.

He has showcased an impressive skillset and has proven that he can be very formidable as a contributing weapons. But he hasn’t ever dominated an offensive scheme. In New Orleans the offense is dominated by Kamara and Thomas and all Brees needs is an accountable option to exercise regularly throughout games. Cook is in the best place he could have hoped for at this stage in his career.

If you’re not wowed by Engram’s stat line you’re not alone. He hasn’t lived up to the hype since the Giants drafted him, but he is still very talented. And if he does have one big thing going for him in 2019 it’s target share opportunity.

The Giants seemingly will throw to Sterling Shepard and Saquon and Engram almost exclusively through the first four games of the season until Tate returns from suspension. And Pat Shurmur targeted his TE extensively in 2017 when he was the OC for the Minnesota Vikings.

Engram has a real opportunity to post the best year of his career and make a big impact on offense, but drafting him as your starting TE means you accept there is a degree of risk when expecting a guy who has really never “gone there” yet to go there this season (with Eli as his QB).

The Steelers have seen a lot of offensive change the last few years, losing key players like Heath Miller, A.B. and LeVeon Bell. Big Ben is still around though and it is clear he is going to need some throwing options besides Juju.

James Washington is a popular pick right now as a breakout for 2019, but Vance McDonald is a quiet giant that could see a lot of the vacant target share come his way. He’s a gamble and a bit of a risk but the Steelers will need to score touchdowns and he’s a pretty reasonable bet to be part of the solution

This is the year that the talented Njoku finally breaks out. The entire offense around him is dazzling hand he is the big target that Mayfield needs to round out the air attack. The ground attack is in Chubb’s hands for the time being and will only get better once Hunt returns. There are a lot of mouths to feed but there is going to be a lot of offense to go around.

The Browns as an entire unit are more inspired than many young people have ever even seen. Njoku has had a few setbacks but he is healthy, primed and ready for 2019. Expect him to start early, start often, and start hot this year.

This position is more critical than many owners think. The difference between the top three scorers and the bottom of the bunch is significant. And, when one tight end goes in the draft, the other top players at this position seem to fall quickly. Don’t be caught on the tail end with little to choose from.

Who’s the fantasy football analyst who told you all about Gronkowski before he became the Gronk? Read up with Rick to win your league. 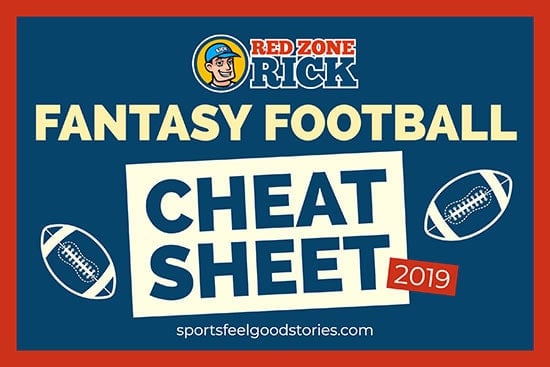