Considered as the best sibling pair in professional sports, both Venus and Serena Williams represent the epitome of professional tennis today. Their story from a simple life in Compton, California to tennis glory is a story of inspiration for everyone. The duo has won a total of 8 gold medals at the Summer Olympics Games, 3 in doubles and 1 each in singles. Their doubles’ gold medals are the highest for any tennis players. They have also completed the Career Golden Slam playing doubles, two times.

Let’s find out what made the Williams sisters what they are today and how they have influenced not only the world of tennis and sports but the entire world.

Growing Up Around Tennis

Venus started playing tennis at the tender age of 4. At 7, Williams grabbed the attention of tennis greats John McEnroe and Pete Sampras. She received a lot of encouragement from the two legends. By 10 she was the No.1 player in Southern California’s under-12 division. And within a few years, Serena too achieved the same feat. As a pre-teen, Venus won a staggering 63 consecutive matches on the United States Tennis Association junior tour. She became such a sports sensation that both ‘Tennis’ and ‘Sports Illustrated’ published stories of the tennis prodigy in 1991.

The girls spend their early childhood in Compton, California before their family moved to West Palm Beach, Florida. Williams’ father, Richard loved tennis and played a pivotal role in encouraging his daughters to make a career in it. In fact, he moved to West Palm Beach so that both could attend Rick Macci’s tennis academy. They learned the game on the Compton municipal courts, where they had to play in an area noted for stray gunfire from the city’s gang violence.

Richard Williams’ had an exceptional interest in tennis and desired to make his daughters’ big tennis stars. He had 5 daughters and he found that both Venus and Serena were naturals on the tennis court. Richard was the first to teach the game to his daughters before they joined Macci’s academy. Following center controversies, Richard started coaching his daughters himself at home from 1995 onward. It has been Richard’s strong will, against all odds, which has been instrumental in taking the Williams sisters to the current heights in their life. He continued to be their coach throughout their professional career.

Playing Against Each Other

The Williams sisters’ rivalry is one of the most engaging and entertaining sibling rivalries in professional sports. The duo has faced each other 27 times and the younger sister, Serena leads with 16-11. Despite the fierceness of the competition between the two, the sisters are very close. The duo has played 5 times a Wimbledon against each other and Serena leads with a 3-2 record.

If you consider the best siblings in professional sports in terms of their performances, Venus and Serena are easily the top choices. The duo is the most decorated siblings in professional sports. While Serena has 21 Grand Slam titles to her name, Venus has 7 of the singles titles. Even when they play as doubles, they form the most formidable side. They have won 13 Grand Slam titles and 3 Olympics Gold Medals playing together.

Serena is arguably considered as the best women’s player in Open-Era tennis. She has a winning percentage of .898 in the U.S. Open, which is the highest for singles players in tennis’ Open Era. Between 2001 and 2015, she held a winning percentage of 82.8% at year-end championships, which is again the highest. Even with 21 Grand Slam titles against Steffi Graf’s 22, she is creating her records in a different era where maintaining this level of dominance is unusual. She dominates the sport in an era when it is open to many more people than in Graf’s era.

Even when Serena is entering the twilight of her career (she is 34), she continues to rule the court. On the other hand, Steffi Graf and other greats began waning in their late 20s. In other words, she has still a lot more left in her. Not only is she great with her serve, backhand, athletic movement, and forearm strength, but her mental resilience is also simply unmatchable.

What Venus and Serena Williams Do off the Court for Fun?

Venus and Serena have a great life both on and off the court. When they are not playing, they are doing all kinds of interesting things. Venus is into dancing, although she claims it is just for fun. It helps her increase her flexibility.

The younger sister, Serena has a strong penchant for dogs. She has also made television appearances and given her voice in one of the 2001 episodes of The Simpsons. This also included Venus Williams, Andre Agassi and Pete Sampras. Serena has also been known for her colorful and vibrant outfits on court.

The Williams sisters are active philanthropists. The Serena Williams Foundation, in 2008, funded the construction of a secondary school in Kenya by the player’s name. Both Serena and Venus support and contribute to First Serve Miami. This foundation helps economically and socially challenged youth that desire to learn tennis. Venus played a key role in fighting for the cause of equal prize money for male and female players in the sport. A lot has changed in tennis after her efforts. 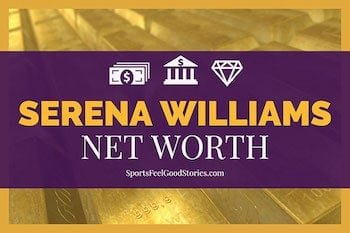 The Serena Williams Foundation offers university scholarships for needy students in the US. Serena has also been actively involved in many clinics at community centers and schools. Williams and other WTA and ATP stars formed a charity event at the 2010 Australian Open to give all the proceeds to the Haiti earthquake. Serena has also been UNICEF’s International Goodwill Ambassador since 2011. She was involved in launching the international body’s Schools of Asia campaign.

Both Venus and Serena Williams are among the biggest inspirations for many girls and fathers around the world. The duo has risen from humble beginnings to become some of the world’s highest-paid and most decorated professional sports athletes. While there may be greater players in tennis’ future, there will not be anyone quite like the Williams sisters.

Hannah is a sportswriter living in Minneapolis, Minnesota.

Everything you need to know about Pickleball.