Looking for Julian Edelman Fantasy Football team names to use next season? Edelman is riding high as the MVP of Super Bowl LIII.

The elusive receiver always found a way to move the chains throughout the big game. His 10 catches for 141 yards led the Patriots in the defensive chess match. Use this go-to receiver’s skill and consistency to deliver a winning fantasy football season for your team.

An Edelman and a Scholar. 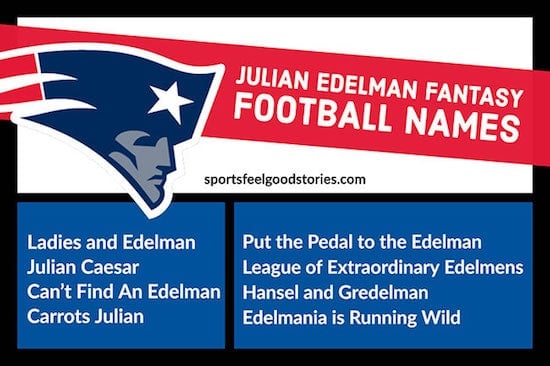 1.) Edelman signed with the New England Patriots as an unrestricted free agent in 2014.

2.) The Patriots originally drafted Edelman in the 7th round of the 2009 NFL Draft.

3.) He was a standout, athletic college quarterback at Kent State. He holds the team’s record for total offensive yards in a single season.

4.) Edelman received an offer from the British Columbia Lions in the Canadian Football League to play quarterback.

5.) He led his Woodside High School (CA) team to a 13-0 record and Central Coast Section championship. He was awarded first-team all-league and all-county honors.

Edelman, we can rebuild him. We have the technology.

An Officer and an Edelman.

Edelman attended Woodside High School in California. As the starting quarterback for the team, he threw for 2,237 passing yards with 29 touchdowns. He ran for another 964 yards with 13 touchdowns.

He began his college career at the College of San Mateo before transferring to Kent State. As the team’s starting quarterback, he threw for 1,820 yards with 13 touchdowns in his senior year.

Put the Pedal to the Edelman.

The League of Edelman. 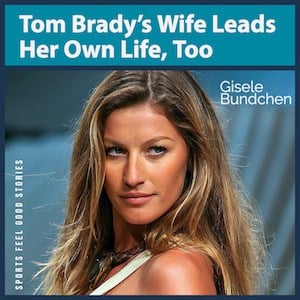 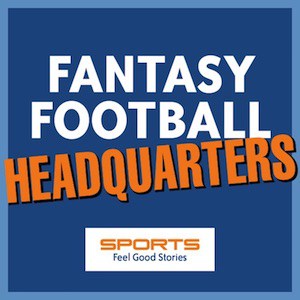