Taking 25 shots of Novocaine from his ribs to his spine, Johnny Robinson felt like a pincushion as he prepared to play in Super Bowl IV. With three broken ribs incurred during the AFL Championship game against the Oakland Raiders, the shots deadened some of the pain. A doctor was assigned to sit next to Robinson on the bench during the game to ensure that one of his ribs didn’t puncture a lung.

Playing professional football is a tough man’s game. If you survive long enough and play the game at the top of your profession, you have a shot at special recognition.

Earning your way into the Pro Football Hall of Fame is an achievement. Tomorrow, February 2, 2019, Johnny Robinson will likely receive a knock on his hotel door in Atlanta and be notified that he’s a Hall of Famer. It is well deserved and long overdue.

As safety for the Kansas City Chiefs, his team was a 13-point underdog to Bud Grant’s Minnesota Vikings. For Robinson, one of the few players who played all 10 seasons in the AFL, the game had special meaning. Although the Jets had upset the Colts to win Super Bowl III, there was still a feeling amongst many league officials, players and fans that AFL teams couldn’t stand up to the old guard of the established NFL teams.

As a leader on a strong defense that held the Vikings to just 7 points, Robinson and the Chiefs finished their AFL days in style with a 23 – 7 victory over Minnesota and made a statement. The old AFL teams could not only compete, but also win.

Robinson had a critical fumble recovery and a later interception to help propel Kansas City. Over his career, the Texans/Chiefs were 35-3-1 when “Johnny Rob” had an interception during a game. (Note: The Dallas Texans moved to K.C. and became the Kansas City Chiefs.)

“I don’t know how he knows to get in the right place all of the time, but he sure does,” said Monday Night Football commentator Don Meredith, on a night when Robinson had three interceptions and a fumble recovery in a game against the Baltimore Colts.

When his playing days were over, Robinson owned a swim and tennis club with restaurant in Kansas City. Robinson’s dad was the tennis coach at LSU. Johnny won a SEC singles championship and a SEC doubles championship with his brother in addition to his football accomplishments as a Tiger.

Robinson’s partner in the club was famed New Orleans chef, Jimmy Moran. Moran and Robinson brought some of their home cooking from Louisiana to the club’s restaurant. Robinson would frequently host the Chief players and their families at the club after home victories.

Two of my older brothers worked at Johnny’s club restaurant and can attest to his kindness and generosity. I can still remember Chiefs’ punter Jeryl Wilson booming punts at a youth football clinic that Johnny hosted for the community.

In 1980, Robinson returned to his home state of Louisiana and founded a youth home for at-risk youth in Monroe. A long-time supporter of children’s causes, he purchased a big house to serve troubled boys – up to 30 kids at times.

He has found purpose and meaning in his ministry. And, along the way, he has helped a lot of kids grow up in a safe environment.

Whatever health recovery skills he learned playing football have been put to the test in later years. Johnny has survived a severe stroke, a quadruple heart bypass, thyroid cancer, and non-Hodgkin lymphoma. Robinson continues on.

Robinson Learns He Has Been Nominated Video

The NFL Team of the Sixties includes the likes of Gayle Sayers, Johnny Unitas, Jim Brown, and Deacon Jones. Johnny Robinson is the only member of that select team who hasn’t made the Pro Football Hall of Fame. If things go as they should, that will change tomorrow with a knock on a door. 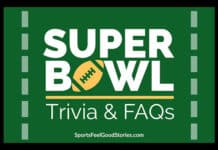