You are here: Home / Cricket Quotes

A fine collection of cricket quotes for batsmen around the world.

Looking for cricket quotes for inspiration or motivation? Or, maybe one to make you laugh?  Check out this collection of the best cricket quotes and see if something suits your fancy.

Cricket is a most precarious profession; it is called a team game but, in fact, no one is so lonely as a batsman facing a bowler supported by ten fieldsmen and observed by two umpires to ensure that his error does not go unpunished.
John Arlott, An Eye for Cricket

A true batsman should in most of his strokes tell the truth about himself.
Neville Cardus

It is as well for us to remember when we are watching the best batsmen that, however easy it may all look, they do not achieve their success without toil and sweat, and that there are times even with the greatest when they must seem to themselves, as we humble performers so frequently seem to ourselves, to be batting with a broomstick, with a barn door for a wicket.
E.W. Swanton Denis Compton: A Cricket Sketch.

My approach to cricket has been reasonably simple: it was about giving everything to the team, it was about playing with dignity and it was about upholding the spirit of the game. I hope I have done some of that. I have failed at times, but I have never stopped trying. It is why I leave with sadness but also with pride.
Rahul Dravid

Baseball and cricket are beautiful and highly stylized medieval war substitutes, chess made flesh, a mixture of proud chivalry and base – in both senses – greed.
John Fowles

Spirituality does two things for you. One, you are forced to become more selfless, two, you trust to providence. The opposite of a spiritual man is a materialist. If I was a materialist I would be making lots of money doing endorsements, doing cricket commentary. I have no interest in that.

Cricket is a pressure game, and when it comes to an India-Pakistan match the pressure is doubled.

Cricket civilizes people and creates good gentlemen. I want everyone to play cricket in Zimbabwe; I want ours to be a nation of gentlemen.
Robert Mugabe

In the game of cricket, it has always been customary to accord more adulation to batsman than to bowlers.
I.A.R. Peebles, Talking of Cricket

Collectively and individually fielding is largely a matter of thought and discipline.
I. A. R. Peebles

I tend to think that cricket is the greatest thing that God ever created on earth – certainly greater than sex, although sex isn’t too bad either.
Harold Pinter

A run is more difficult to make than no save because batting is in its nature a far less certain and reliable thing than bowling and fielding.
K.S. Rangitsinhji

Any active sportsman has to be very focused; you’ve got to be in the right frame of mind. If your energy is diverted in various directions, you do not achieve the results. I need to know when to switch on and switch off: and the rest of the things happen around that. Cricket is in the foreground, the rest is in the background.

Critics haven’t taught me my cricket, and they don’t know what my body and mind are up to.

But, eventually, it is a game of cricket.

Before you lay a foundation on the cricket field, there should be a solid foundation in your heart and you start building on that. After that, as you start playing more and more matches, you learn how to score runs and how to take wickets.

To me, it doesn’t matter how good you are. Sport is all about playing and competing. Whatever you do in cricket and in sport, enjoy it, be positive and try to win.
Ian Botham
One of my theories is to be captain on the field and off the field, you need to totally enjoy each other’s company. I don’t like discussing cricket off the field.
Mahendra Singh Dhoni
If you play cricket for India, money is bound to come, and with IPL in and match money of the Ranji trophy, I think money is there. There’s no good reason why you should not work hard because, at the end of the day, you want to play for your country.
Mahendra Singh Dhoni
Cricket needs brightening up a bit. My solution is to let the players drink at the beginning of the game, not after. It always works in our picnic matches.
Paul Hogan

Down the mine I dreamed of cricket; I bowled imaginary balls in the dark; I sent the stumps spinning and heard them rattling in the tunnels. No mishap was going to stop me from bowling in the real game, especially this one.
Harold Larwood

My job is to perform, enjoy cricket and thank God for whatever he has given me.
Suresh Raina

Baseball has the great advantage over cricket of being sooner ended.
George Bernard Shaw

Any active sportsman has to be very focused; you’ve got to be in the right frame of mind. If your energy is diverted in various directions, you do not achieve the results. I need to know when to switch on and switch off: and the rest of the things happen around that. Cricket is in the foreground, the rest is in the background.
Sachin Tendulkar

To me, cricket is a simple game.  Keep it simple and just go out and play.
Shane Warne 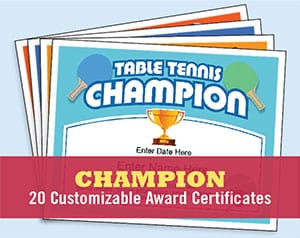