You are here: Home / Sports / Do Not Consider Fly Fishing

Fly fishing is increasing in popularity across the country, after decades of languishing as a sort of after-thought sport, popular only among old men with a lot of time on their hands.

REASONS NOT TO GO FLY FISHING

Now, women and young people are flocking to the sport. Please do not consider jumping on this new bandwagon, based on my own experiences. Here are four good reasons you should stay away from fly fishing as a hobby.

Although I had little experience with fishing in my youth, I always thought of it as a boring waiting game. And, with most or all of the benefit coming when the fish decided to create some entertainment by grabbing the hook.

In the meantime, most of the essence of the sport involved drinking beer and staring at a flat lake surface. There is certainly nothing at all wrong with drinking beer and enjoying being out on the water. But, is this really a sport for a person who likes to be active? 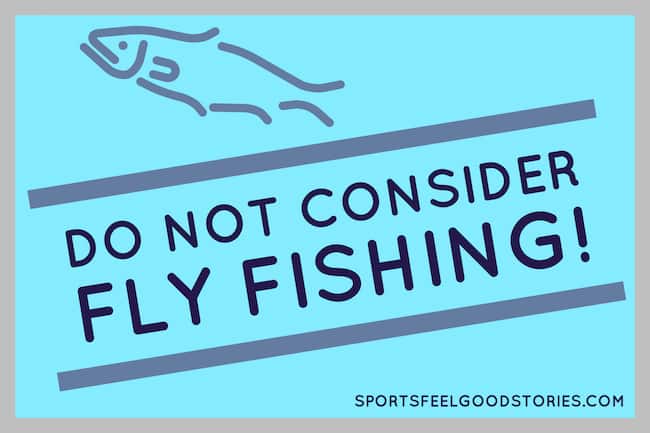 About ten years ago, a hiking buddy of mine suggested that I try fly fishing. He said it incorporated the activity and outdoors joys of hiking with the enjoyment of fishing, but with a little added challenge. I was skeptical at first. Knowing really nothing about fishing, I signed up for a two-day class with a local fly fishing club just to get a feel for what was involved. By the middle of the class, I became a believer. I have been a fly fisherman ever since.

Ok, so my first reason for staying away from fly fishing is not really a good one. There are others, however. 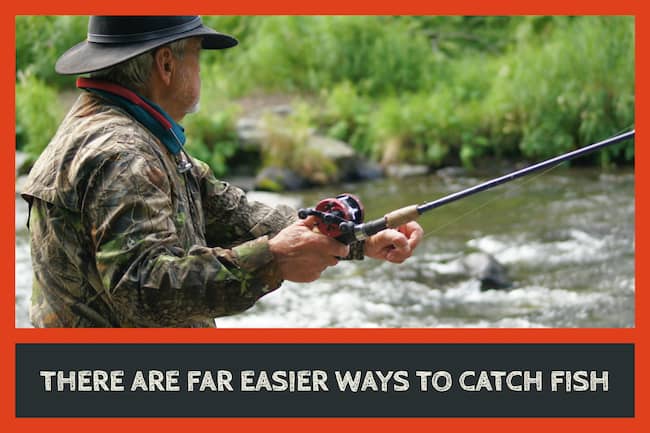 REASON NO. 2.: THERE ARE FAR EASIER WAYS TO CATCH A FISH

It is true that fly fishing is probably more challenging than traditional fishing. This is true even if we do not include the Minnesota state sport of ice fishing in the definition of “regular fishing”.

The essence of fly fishing is the casting, which involves placing a fly, which weighs almost nothing, on or in the water in a location where it has a chance of catching a fish. In traditional fishing, the weight of the bait or the lure makes it fairly simple to use a sort of throwing motion with the rod. This enables the fisherman to place the bait or the lure to the desired spot on the water.

In fly fishing, it is the line itself that provides the needed weight, and, thus, requires the fisherman to use the bend of the rod, and the back and forth loop of the line in the air, to propel the fly to the desired spot.

When done by a practiced fly fisherman, the loop of the line created by the backward and forward casting motion, is a thing of beauty. It is also a lot of fun, and a skill that one never fully masters, but can always improve.

A River Runs Through It

A critic of the sport notes that it can be putzy. He is correct in that the fly fisherman must master a couple of knots using very thin line material called tippet. He or she may need to thread that tippet into what can be a very small “eye” on a fly multiple times during a day of fishing on the river.

With a little practice, however, the fly fisherman becomes adept with the knots and the tiny flies. The putzy aspect of the sport becomes part of the fun. Plus, he or she gets to talk about the flies with other fly fishers, using clever names like “Woolly Bugger” or “the fly formerly known as Prince”.

OK, so there are easier ways to catch fish, but what is the point? With fly fishing, while catching the fish is the objective, it is the fun of the fishing itself that makes the sport. The stealth and guile that can be required to catch a trout make fly fishing as much like hunting as fishing. 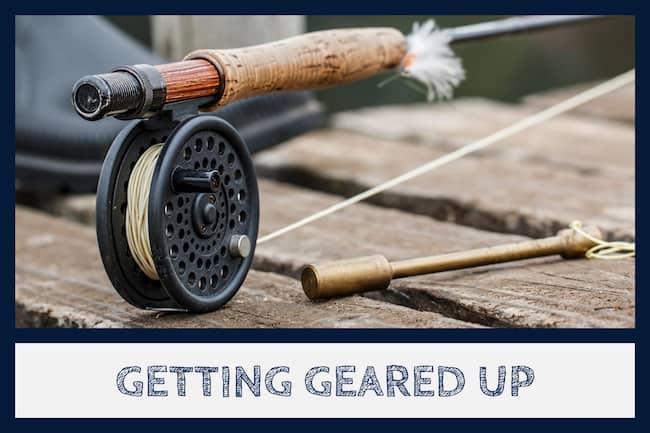 REASON NO. 3.: IT IS EXPENSIVE AND TIME CONSUMING

The first view of a fly fisherman at play can give the impression that there is a lot of expensive gear involved. It’s true that a rod and reel are required, and also true that just those two tools can cost upwards of $1000. If you are looking to chase huge trout with a guide in the wilds of Patagonia, you will need to keep your checkbook available.

Of course, you could always purchase a perfectly good rod and reel outfit for under $200 and that outfit would suit you perfectly well as you are learning the sport on our local rivers and lakes.

Most fly fisherman use waders and wading boots as well, and once again, you can outfit yourself with these for over $1000, or you can start with more economic wading equipment for under $200. Keep in mind that the rod and reel and the wading equipment will last for years if you take care of them.

Of course, you are going to need fly lines and leaders and tippet and maybe a vest and a net and these can all be had for around $100. So, adding it all up, for around $500 you can set yourself up for years of fly fishing fun.

The only additional costs are the cost of a few flies and replacement leaders and tippet, and a fishing license, plus the gas to get you to the river or the lake. As a practical matter, I would also include the occasional expense of a beer and a burger with a fishing buddy after a great day on the river, but that is optional and well worth the money.

A day on the river can be time consuming for sure, but I believe that fly fishing time does not count against your lifespan, since it is normally so enjoyable. In any case, if you are busy person, make it an hour on the river or the lake instead. It will still be worth it.

If fly fishing still sounds too expensive and time consuming, I suggest you try golf as an alternative. Golf is very cheap and takes hardly any time.

REASON NO. 4: IT LOOKS LIKE IT INVOLVES PHYSICAL EXERTION AND MAYBE EVEN A LITTLE RISK

The classic 1992 film A River Runs Through It featured Brad Pitt hopping from boulder to boulder, and jumping fearlessly into a rushing Montana River in pursuit of the perfect trout. The movie renewed a lot of interest in the sport, but also convinced a lot of viewers that navigating a powerful stream was not for them, no matter how pretty Brad made it look.

Wading in a river quickly gives one an appreciation for the power of moving water, and also a quick appreciation for how easy it is to avoid any sort of danger. Just don’t wade into water that makes you uncomfortable. The physical exertion in the sport is mostly the hikes to and from the wading spots, and those hikes are usually very enjoyable in themselves.

I hope I have convinced you that fly fishing is probably not something in which you might be interested. The next time I am standing in a beautiful river, enjoying the day, and hoping that a wonderful fish will make it even better, I will think of you. Or maybe not.

John is a retired airline executive who, when he’s not writing articles to help a friend, can be found playing tennis, running, and fly fishing. 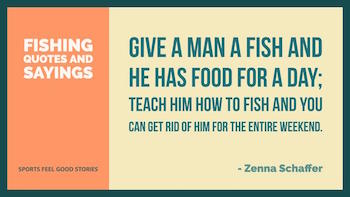