You are here: Home / ESPN Fantasy Football Strategies To Win

Winning isn’t everything, but when it comes to ESPN fantasy football, well, sometimes it kind of is. The only person who remembers second place is the one who got second place.

First place gets the bragging rights, the big payday, the recognition, and all the fantasy football accolades – and maybe even their name on the trophy depending on how serious your league is. Yea, it’s a pretty sweet spot to be in; one that few people actually know.

The more familiar position is: “I was so close”. “I shouldn’t have benched that one running back.” Or: “If only I started the guy just knew was going to have a big game.” If the other team’s wide receiver didn’t catch that one deep ball… that one bad call that could have been the difference-maker… etc, etc. Everyone knows the “so close guy,” but nobody likes that guy. And the best way to avoid being that person is to just win it all.

So pull up a chair and take a seat at the champions table. We’ll explain how drafting the players on your roster is easier than you think. 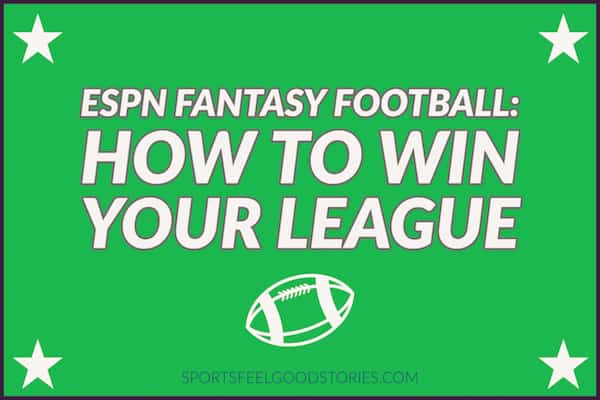 Becoming the champ starts the same way it does for all champions in every walk of life: with a little preparation and dedication.

You can’t win the league on draft night, but a poor draft can certainly take you out of contention. The draft is the most important event in fantasy, so it’s no coincidence that drafting well is essential for a successful season. Here’s your path to success:

First, read the rules of your league. Read everything so that you know exactly how the scoring works, what day of the week waivers will process, when the trade deadline is, and even the subtle things like tie-breaking procedure and if your bench allows for an IR (injured reserve) spot. The best approach to drafting your fantasy team will depend on your league rules. All of this helps define what players you are going to want to target.

Next look at the player reports of some of the guys you think you might be interested in selecting during the draft. ESPN does an excellent job updating player news and training camp/preseason statuses for most players.

Your fantasy focus needs to be unwavering in the two weeks prior to draft day. Keep an eye out for any negative and positive news that might impact a player’s draft position or projected production for your fantasy team.

Check out my player rankings by division. Here’s the NFC East’s breakdown.

Take preseason reports with a grain of salt. The preseason is a great window into the potential of rookies and new players – but it is the preseason after all. Use preseason results to help you make tough decisions between players you want in the draft, but never use it as sole justification to reach on a guy.

Keep an eye on key teammates of the players you’re looking at drafting. Sometimes a status change with an important teammate can have large implications for other players. For example: if Aaron Rodgers gets suspended, Davante Adams is no longer worthy of a first-round selection.

When you have a little free time, launch a fantasy mock draft. Different fantasy platforms will have different player rankings in their drafts, so make sure to familiarize yourself with your platform’s list. ESPN has a great mock drafting lobby that allows you to enter a live mock draft that matches your own league type.

Download the ESPN Fantasy app if you want to give yourself the best chance at success this season. The ESPN app allows you to fully manage your team from the convenience of your smartphone or tablet. You can do your research, mark players you’re interested in, and even launch the live draft application from the app.

Use the App Alert

*Set the ESPN app to alert you automatically when there’s a status change with any player on your team. With NFL games taking place on Thursday, Sunday, Monday, and sometimes Saturday (or even in Europe at the early hours of the morning) you won’t always have easy access to check and update your line-up if last-minute player statuses change.

The ESPN app alert you of any update you may not have heard about so you can game plan accordingly from just about anywhere, anytime.

Make a cheat sheet before the draft. Put down on paper–or a list in your phone, whatever it takes — all the names of players your thinking of selecting for your team before the draft begins. Look to experts like ESPN’s own Matthew Berry, the fantasy analyst.

The draft is fast, high stakes, and a lot of fun. It’s easy to find yourself drawing blanks when the player you wanted gets swiped-up right before your turn. Or scrambling to find some of the deep-dive guys. The clock is ticking: a player rankings projections list to glance at can go a long way at the moment.

Keep your ideas to yourself. This may be a no-brainer, but when your friends and coworkers are in your league, it is easy to let a few “hot takes” slip-out about some players that have caught your eye.

And, if you think an acquaintance of yours is primed for adopting some of your strategies as their own, don’t be afraid to implement a little smoke-and-mirrors. A little trickery is all part of the fun. And this is the year you’re in it to win it, by any means necessary!

Have a draft strategy before you go into the draft. Most leagues won’t reveal the drafting position of each team until hours before the draft takes place. The difference between having the first pick or the last pick greatly alters the landscape of players available to you, so have a strategy that is flexible.

Here are some drafting strategies that will give you head start early in the draft.

1.) Draft for value – take the best player available is always a good choice.

2.) If you are in a Standard league, running backs will be the backbone of a successful team.

3.) In Standard leagues: the running back that gets the goal line carries is the back for you.

4.) If you are in a PPR league, a top dog wide receiver will be the lynchpin of a successful team.

5.) In PPR leagues: a running back that gets lots of catches is superior to a back who cannot/ does not catch the ball.

6.) In the first 4-5 rounds of the draft focus heavily on drafting the best wide receivers and running backs available for each pick.

Middle of the Draft

The middle of the draft is where research and preparation pay off.

8.) If a good quarterback is sliding here, he’s probably an excellent pickup.

9.) Think back to last season – guys that finished strong, came into their own, or started to define their role at the end of the year will either be rated too high or not high enough in this part of the draft. Select accordingly.

11.) There are always a few guys that will go in the mid-rounds this year that will be in the first 2 rounds next year – so who are the guys that are going to make the leap this year?

13.) Stay away from kickers and defenses in the middle of the draft.

End of the Draft

The end of the draft is where the best return on investment is.

14.) Is there a player that you just can’t believe/ understand why he hasn’t been picked up yet? Grab him.

15.) Now is the time to get your defense and kicker. Just remember, there isn’t much pressure on these positions because it’s fairly painless to switch one kicker for another in the middle of the season. And changing defenses based on their matchup is an excellent maneuver.

16.) A backup or tandem running back that also catches passes can be a great pickup here to play in a pinch later in the season in PPR leagues.

17.) Handcuff your top running back. Get the backup for your most costly RB and stash him on the bench as an insurance policy.

18.) What offenses will thrive this year? When the tide goes up everyone’s boat rises; the WR3 or the unsuspecting tight end on a great offense might have some real fantasy value this season.

19.) Use your intuition. Do you have a feeling about that guy? Pick him up and see what happens.

And it’s always good to have a few tips on making the tough decision between this player or that player as the clock ticks down.

The Rest of the Team

Consider the strength of schedule, especially during the games slotted during the fantasy playoff. If one player has a favorable schedule and one has a tough schedule, take a more favorable outlook.

When is the bye-week? For example: if you already have several players with a Week 8 bye, and the choice is between another Week 8 bye or a Week 11 bye, take the player with Week 11. This helps spread the burden out over the course of the season (too many players with the same bye-week and you almost surely will lose your match that week).

Draft with the Heart

Which teams and players do you like more? As much as this article has been about drafting to win fantasy football, let’s not forget that having fun is the real reason we play fantasy.

Winning just makes it more fun. So, when it comes to deciding between evenly-matched players, take the player you’re going to have the most fun rooting for. It’ll make the decision easy and you’ll wind up liking your team even more.

It seems each year, there are a few breakout players that can really turn the tide for the team owner that drafted them. Last year, fantasy owners of Patrick Mahomes found themselves riding the juggernaut of the NFL MVP. Identify a handful of players who you really covet. Don’t be afraid to reach a bit beyond what the experts say if you truly think that the player has a chance to be special.

Look, no one really knows what’s going to happen by season’s end. You have as good a chance at winning your league as anyone else that prepares. So, let your confidence shine through. Don’t be afraid to show a little swagger. Place your draft picks with confidence. Don’t add an imaginary question mark to a player’s name when you announce it to fellow owners. In other words, fake it until you make it.

Putting it All Together

Some college students think about a subject throughout the course of the entire class beginning with day one. They complete their homework assignments every night and would be ready for any test with a little upfront warning. Other students like to cram the night before. Either approach can be successful.

With all the other responsibilities in day-to-day life, my sense is that when it comes to the fantasy draft, most players are crammers. That’s ok. You can still easily win your league. Just use the strategies above and come as ready as you can. Making adjustments as the draft evolves can make a big difference. Bring your “A” game and be alert for opportunities.

Rick has forgotten more about fantasy football than most owners will ever learn in a lifetime. Our go-to-guy to analyze the draft, player rankings, and strategies, let Rick lead you the top of your league with his insightful takes on the NFL and fantasy football. 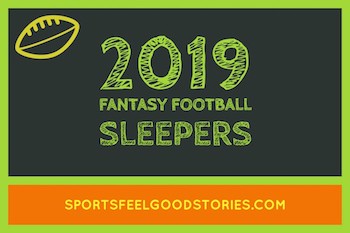