Writing “Fantasy Football: 11 Winning Tips to Shock your League” was long overdue. Now with the season nearly upon us is time for everyone to review these tips.

Winning at fantasy football isn’t just about finishing first in your league and winning the Super Bowl. Sure, that’s a big deal and we’ll provide some important advice on how to accomplish that. But, there’s also winning with style points. You need to do it the right way. We’ll cover that as well in these 11 Winning Tips to Shock Your League.

Shock your Fantasy Football League with these tips


It’s all about Branding

Branding isn’t just about the team name, logo and printed pieces. Do you as a league owner look the part? Develop your signature look with the right accessories. Wearing sunglasses indoors isn’t just for Texas Hold’em players. Oh, wait a minute, maybe it is. Parks and Recreation’s character Tom Haverford should be your style guide. Watch the show and pick up some pointers. 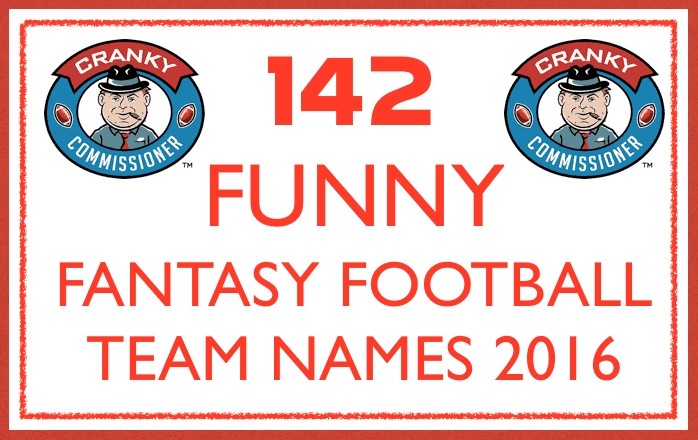 Smack talk with the best of them

2. Come ready for Draft Night. The won/loss record is only half the battle. The real war takes place dishing out the smack talk. Here’s a couple of suggestions for you to help build your trash-talk swagger:

3. Add some fun to your league with prizes for the winners and losers. Cash is always a great prize for the winner. But consider awards for the team with the worst record. Some fantasy football leagues have been known to require the loser to get a tattoo of the other owners’ choosing. Another league required the loser to retake the ACT test. Yes, the thirty-something ended up taking the test with mostly 17 year-olds. Embarrassing. What creative idea can you think of for your league?

5. Pick only one kicker and wait till the last round to do it.

6. Pick your defense in the last 3 rounds. Select only one defense.

8. At the end of seven rounds of drafting, you should have at least four running backs, and maybe 5.

9. The absolute earliest you should pick a QB is 4th round, and then be very selective.

10. Talk some smack after draft night. Certificate awards that can be posted on Facebook, sent as an attachment or delivered in-person work well. These Cranky Commissioner Fantasy Football Certificates work well. There are 35 certificate options to help you keep alive the smack talking and jabs from draft night. This year, you can get the certificate collection for your entire league, the multi-user pack for up to 12 teams, for just $29.99.

11. Watch The Wire. Yes, by all means, watch the wonderful HBO show “The Wire.” It is the best TV show of all time, but also watch the waiver wire for your league. Free-agent pick-ups win leagues. Let me say it again, “Free agent pick-ups win leagues.” There are lots of high-ceiling, talented fantasy players that emerge in the first few weeks of the season. Be opportunistic. The league is frequently won or lost from Game 1 thru Game 5 based on the quality of players that teams pick up.

Have a great season, and may the (Andrew) Luck be ever in your favor.