You are here: Home / Hard Work Quotes to Inspire and Motivate

These hard work quotes emphasize the importance of staying on task and putting in the necessary effort to succeed.

Sometimes, it’s just the slimmest of margins that determine why one venture succeeds and another fails. A little extra effort can result in big gains. Read these selections and get inspired and motivated.

The dictionary is the only place that success comes before work. Work is the key to success, and hard work can help you accomplish anything.
Vince Lombardi Jr.

Success is not final; failure is not fatal: It is the courage to continue that counts.
Winston S. Churchill

It is always the simple that produces the marvelous.
Amelia Barr

Permanence, perseverance, and persistence in spite of all obstacles, discouragements, and impossibilities: It is this, that in all things distinguishes the strong soul from the weak.
Thomas Carlyle

Success usually comes to those who are too busy to be looking for it.
Henry David Thoreau

I was obliged to be industrious. Whoever is equally industrious will succeed equally well.
Johann Sebastian Bach

Perseverance, the secret of all triumphs.
Victor Hugo

Nobody ever drowned in his own sweat.
Unknown

The road to success is not easy to navigate, but with hard work, drive and passion, it’s possible to achieve the American dream.
Tommy Hilfiger

It is better to fail in originality than to succeed in imitation.
Herman Melville

Nothing in the world can take the place of persistence.
Calvin Coolidge

Don’t give up in times of difficulty. Persevere on as there will be an end to these.
Edward Dunedin

Success is no accident. It is hard work, perseverance, learning, studying, sacrifice and most of all, love of what you are doing or learning to do.
Pelé 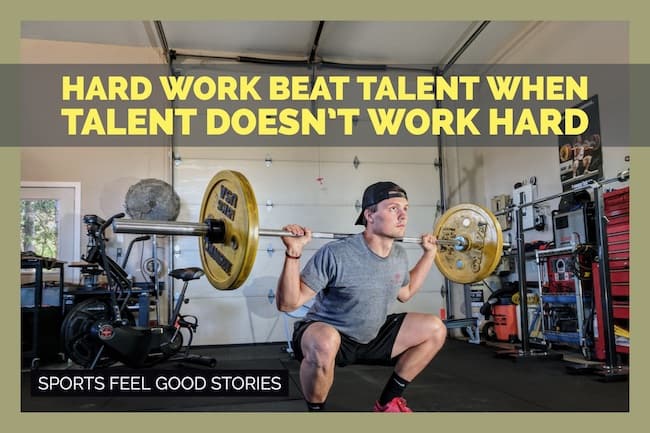 Some people dream of success while others wake up and work hard at it.
Wayne Huizenga

I do not know anyone who has got to the top without hard work. That is the recipe. It will not always get you to the top but should get you pretty near.
Margaret Thatcher

The road to success and the road to failure are almost exactly the same.
Colin R. Davis

All you need is the plan, the road map, and the courage to press on to your destination.
Earl Nightingale

Look at a stonecutter hammering away at his rock, perhaps a hundred times without as much as a crack showing in it. Yet at the hundred-and-first blow, it will split in two, and I know it was not the last blow that did it, but all that had gone before.
Jacob A. Riis

Fools wait for a lucky day, but every day is a lucky day for an industrious man.
Gautama Buddha

Perseverance means that achieving a goal is not an ‘if’ possibility but, instead is a ‘definite’ passion.
Byron Pulsifer

Any reward that is worth having only comes to the industrious. The success which is made in any walk of life is measured almost exactly by the amount of hard work that is put into it.
Calvin Coolidge 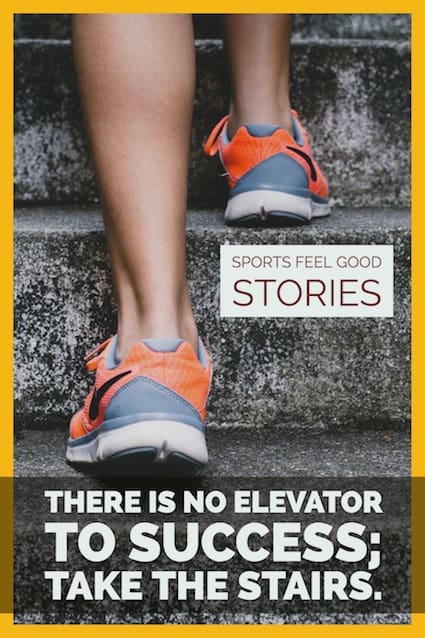 Perseverance is failing 19 times and succeeding the 20th.
Julie Andrews

Don’t be afraid to give up the good to go for the great.
John D. Rockefeller

Once we believe in ourselves, we can risk curiosity, wonder, spontaneous delight, or any experience that reveals the human spirit.
E. E. Cummings

It’s not that I’m so smart, it’s just that I stay with problems longer.
Albert Einstein

An industrious sinner I much prefer to a lazy saint.
Sophie Kerr

I find that the harder I work, the more luck I seem to have.
Thomas Jefferson

The affirmation of strong perseverance, of keeping at it, of continuous, undeviating effort, is bound to pay off ultimately if you have the inner compulsion to visualize and keep at it.
Norman Vincent Peale

I dwell in possibility.
Emily Dickinson

I will persist until I succeed. Always will I take another step. If that is of no avail I will take another, and yet another. In truth, one step at a time is not too difficult. I know that small attempts, repeated, will complete any undertaking.
Og Mandino

Perseverance is persistence the prize of not giving up.
Jane Tedesco

Just remember, you can do anything you set your mind to, but it takes action, perseverance, and facing your fears.
Gillian Anderson

No One Ever Drowned from Sweat

Some temptations come to the industrious, but all temptations attack the idle.
Charles Spurgeon

When I was young, I observed that nine out of ten things I did were failures. So I did ten times more work.
George Bernard Shaw

The ones who are crazy enough to think they can change the world, are the ones that do.
Unknown

A No. 2 pencil and a dream can take you anywhere.
Joyce Meyer

Failure is not always a mistake. It may simply be the best one can do under the circumstances. The real mistake is to stop trying.
B. F. Skinner

One day someone is going to come to you and ask how you did it. Because you were creative, because you persevered, because you persisted through the resistance, you will be able to hold your chin up and help someone else overcome.
David DeNotaris

To do good work a man should no doubt be industrious. To do great work he must certainly be idle a well.
Henry Ward Beecher

There are no shortcuts to any place worth going.
Beverly Sills

Plans are only good intentions unless they immediately degenerate into hard work.
Peter Drucker

The will to persevere is often the difference between failure and success.
David Sarnoff

When the sun is shining I can do anything; no mountain is too high, no trouble too difficult to overcome.
Wilma Rudolph

Courage and perseverance have a magical talisman before which difficulties disappear and obstacles vanish into air.
John Quincy Adams

He conquers who endures.
Persius

A professional is someone who can do his best work when he doesn’t feel like it.
Alistair Cooke

Life can be filled with failures, but only those who don’t persevere adopt failure as the way it has to be.
Byron Pulsifer

Let me tell you the secret that has led me to my goals: my strength lies solely in my tenacity.
Louis Pasteur

The way to get started is to quit talking and begin doing.
Walt Disney

Success is the sum of small efforts, repeated day in and day out.
Robert Collier

Nobody can think straight who does not work. Idleness warps the mind.
Henry Ford

A hero is an ordinary individual who finds the strength to persevere and endure in spite of overwhelming obstacles.
Christopher Reeve

You go on. You set one foot in front of the other, and if a thin voice cries out, somewhere behind you, you pretend not to hear and keep going.
Geraldine Brooks

Persist and persevere, and you will find most things that are attainable, possible.
Lord Chesterfield

If your dream is a big dream, and if you want your life to work on the high level that you say you do, there’s no way around doing the work it takes to get you there.
Joyce Chapman

Success seems to be connected with action. Successful people keep moving. They make mistakes, but they don’t quit.
Conrad Hilton

If your determination is fixed, I do not counsel you to despair. Few things are impossible to diligence and skill. Great works are performed not by strength, but perseverance.
Samuel Johnson

Sports Feel Good Stories Editor Mike lets everyone know that finding the best quotes can be hard work (but not too hard).