His rookie debut in 2017 featured 435 rushing yards, 2 rushing touchdowns, 80 receptions, 651 receiving yards and 5 receiving touchdowns. He’s a force to be reckoned with on the football field. 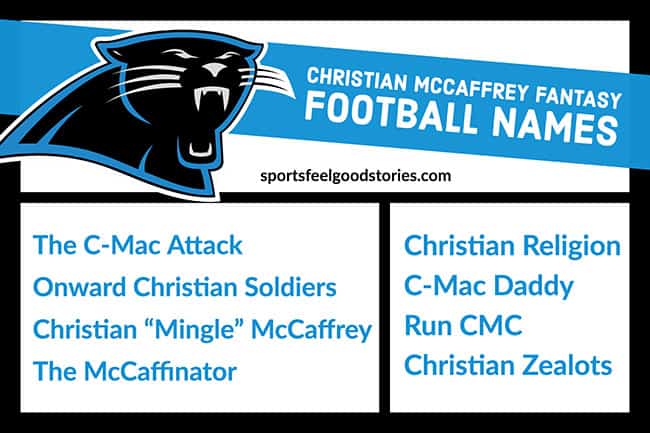 After high school, he was honored as a 2014 U.S. Army All-American and attended Stanford University. His successful collegiate football career brought many honors: Heisman Finalist and AP Player of the Year in his sophomore season, two-time All-American and two-time All-Pac 12 honoree. McCaffery and his Stanford teammates capped off his final year with the team by beating the Iowa Hawkeyes in the 2016 Rose Bowl.

Christian and the Heathens.