Our Al McGuire quotes provide a look into this great basketball coach and outstanding commentator. Born and raised in New York, he brought some street smart philosophy to both of his professional roles.

If the waitress has dirty ankles, the chili is good.

If winning weren’t important nobody would keep score.

Life is what you allow yourself not to see.

I come from New York where, if you fall down, someone will pick you up by your wallet.

I had my moment on the stage. The trick in life is to know when to leave.

We rush for the stars as we crawl toward our graves.

If a player leaves Marquette and doesn’t have some of my blood in him, then I don’t think I’ve done a good job.

Help one kid at a time. He’ll maybe go back and help a few more. In a generation, you’ll have something.

I don’t believe in looking past anybody – I wouldn’t look past the Little Sisters of the Poor after they stayed up all night.

It’s a profession in which, the longer you stay, the closer you are to being fired.

The people who know basketball, their elevators don’t go to the top.

I let ballplayers yell back at me because I wasn’t trying to prove I’m boss. I know I’m boss.

Don’t call me son unless you’re going to include me in your will. (When Adolph Rupp called him, “Son.”)

A team should be an extension of a coach’s personality. My teams are arrogant and obnoxious.

I’m not saying that they were Einsteins; they were marginal students. But every ballplayer whoever touched me has moved up his station in life. And the players moved up my station.

The next time I will cry is when I die. My life has been that beautiful.

You can always tell the Catholic schools by the length of the cheerleaders’ skirts.

Dean Meminger was quicker than 11:15 Mass at a seaside resort.

My rule was I wouldn’t recruit a kid if he had grass in front of his house. That’s not my world. My world has a cracked sidewalk.

Remember, half the doctors in this country graduated in the bottom half of their class.

All love affairs end.  Eventually, the girl is gonna put curlers in her hair. 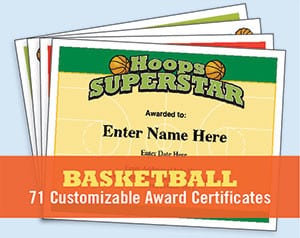 Winning is only important in war and surgery.

You cannot have a bland feeling about me – either I’m a showboating son of a bitch or I’m the darling that everyone picks on.

The best thing about freshmen is that they become sophomores.

Can’t win without talent, you know.

The only mystery in life is why kamikaze pilots wore helmets.

Butch, you come from DeWitt Clinton. There are five thousand brothers in that school. You’re the best there. You’ve been all-city two years in a row. How bad can you be? You come with me and we’ll make nice music.

I think the world is run by “C” students.

I’m an Einstein of the streets and an Oxford scholar of common sense.

God didn’t miss any of us.

Live every day as if it were Saturday night.

Don’t be just another guy going down the street and going nowhere.

Live in the moment that you are in.

Make your life exciting. Do what you have to do as long as you don’t hurt people.

Read more about the great Al McGuire on Wikipedia. If you have any suggestions for additional Al McGuire Quotes, please let us know via the contact us page. Thanks.

Mike is an author, founder, and editor of Sports Feel Good Stories.

Also, check out these pages: