When Jason McElwain entered the game with 4 minutes to play, the fans in attendance showered him with applause. The autistic 17 year-old was entering his first varsity game as a player after serving as team manager for the year. Jason gave his fans and teammates lots more to cheer about as he proceeded to hit six 3-pointers and a bucket underneath for a total of 20 points.

It was the last home game, and Jim Johnson, basketball coach at the Greece-Athena high school, thought: why not? His team were cruising to victory and there were just four minutes left on the clock. So he put in the 17-year-old kid who had worked so hard all season at keeping statistics, running the clock, and handing out bottles of water and endless encouragement. The gesture was meant as a reward. Instead, coach Johnson created a sporting fairy tale for the ages.

The kid in question wasn’t just any kid. At the age of two, Jason McElwain had been diagnosed as autistic. So well, however, had he coped with the adversity that he became a hero to his schoolmates. He also became a relatively decent shooter of a basketball. But 5ft 6in is on the small side for a game where height counts for so much. However many times he tried out, the boy everyone knew as “J-Mac” could never quite get into the team proper – until those four magic minutes one evening last month. But only a Hollywood script writer could have imagined the real-life fantasy that would then entrance America.

In Jason’s words, “I just caught fire, I was hot as a pistol”. True, he missed his first two simple shots. But then, on the school gym floor, in front of 900 intensely involved spectators, he entered “the zone”, the almost paranormal state where everything a sports player attempts turns to gold. His third effort rattled the board and dropped through the hoop. And then another, and another and another. By the time it was all over, Greece-Athena had put its local rival Spencerport to the sword with a 79-43 victory.

Jason alone accounted for 20 of the points, six long-range three-point shots and a two-pointer from closer in. Even though the Spencerport players didn’t hustle him too aggressively, it was still four minutes of undiluted magic. When it was over, grown men were weeping as his teammates carried him off the court on their shoulders.

MORE TO THE STORY

“Today, Jason travels the country to help raise funds to battle autism. The importance of his work cannot be overestimated.

The Autism Society of America estimates that the lifetime cost of caring for a person with autism is between $3.5 million and $5 million, and the United States accumulates nearly $90 billion in autism-related expenditures annually. When you know that 47 million Americans are without health insurance and that 41 percent of uninsured people don’t go to the doctor because of the cost, Jason using his celebrity status to address this need is not a quaint, happy ending to a heartwarming story. He’s addressing an ongoing need. And although his mother, Debbie, admits it can be tiresome at times, she also recognizes the importance of the work.

“We didn’t ask for any of this,” she says. “We were just trying to be good parents and do what’s best for all of our children. His brother got him into basketball, and years later, something very special happened because of it. If other parents like us can find some hope from this, then we want to be there for them.” 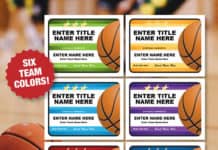 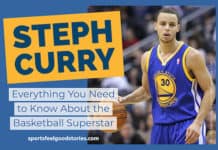 Steph Curry Profile: Everything You Need To Know