Our suggestions for Carson Wentz Fantasy Football Names will give you some food for thought if you were able to draft the Eagles’ quarterback. Playing college ball for North Dakota State University, Wentz came into the NFL and surprised many people by making some significant contributions to the team immediately.

He had the tools and the poise to move quickly from the college game to the pros. The general consensus is that he is a rising quarterback with a high ceiling. Now, take a look at our cool fantasy names for Carson Wentz.

From Wentz You Came.

Wentz Upon a Time.

Wentz in a while. 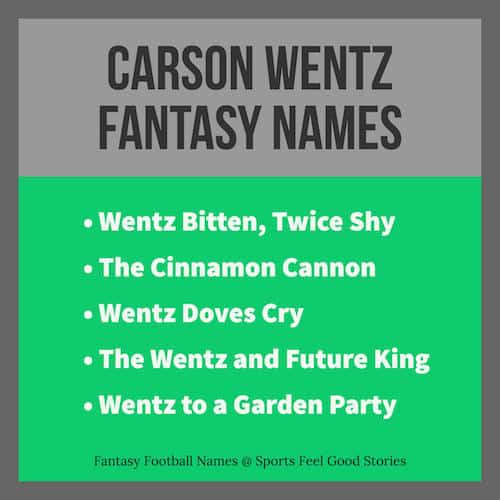 Carson Wentz threw for a league-record 379 completions by a rookie. He broke the record of 354 completions held by former Eagle Sam Bradford. Carson threw for 278 passing yards and 2 touchdowns in his debut game against the Cleveland Browns.

Check out our Funny Fantasy Football Names List for 2015. (Note: Carson wasn’t even in the league at this point.)

Carson was the valedictorian for his high school class. As a freshman, he stood just 5′ 8″ but grew to 6′ 5″ by his senior year. 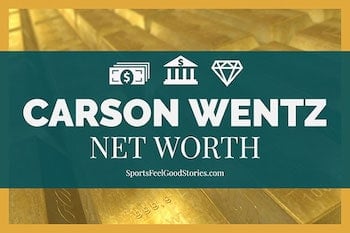 Wentz to a Garden Party.

You Wentz Some You Lose Some.

The Wentz and Future King.

If you have any suggestions for cool and funny Carson Wentz fantasy team names, please let us know via our Contact page. Thanks!

Have more fun in your Fantasy Football League