Choose one of these fun Baker Mayfield fantasy football names next season. The Browns are one of the NFL’s up and coming teams. As their quarterback of the future, Mayfield occupies the leadership position on the team. His career is off to a great start in the third game of the 2018 season; he became […] 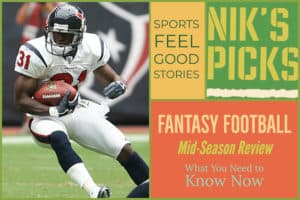 It’s time for the fantasy football midseason review for 2018-19. With the baseball World Series concluding and NBA and NHL action still in the early going, all sporting eyes are focused on football. And it sure has flown by as midseason has already arrived in the NFL! Memories of draft day with friends on a […] 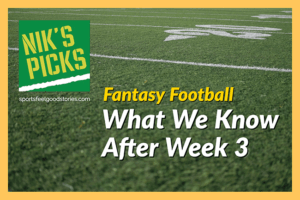 Editor’s Note: Week 3 fantasy football games storylines are plentiful. To put them in perspective, we brought in a pro’s pro, Nik Ebert, to highlight the information you need to know to stay on top of your league. ————— With still so much of the 2018 NFL season story yet to unfold, the conclusion of week […] 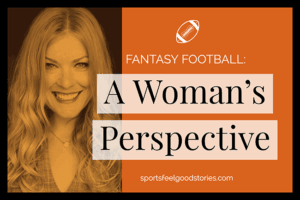 Women and fantasy football may seem like an unlikely pairing to some, but here’s my story. For as long as I can remember, football has run through my veins. I grew up in a suburb of Detroit when Barry Sanders was in his prime. I have fond memories of my parents taking me to NFL […] 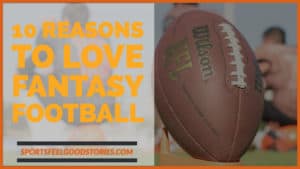 There are so many reasons to love Fantasy Football. I thought I’d create my own list. Before that, would you believe that Fantasy Football started in the 1960s? In 1962, Wilfred “Bill the Gill” Winkenbach, an Oakland-based businessman and part-owner of the Raiders developed an organization and rulebook with friends that established the roots of […] 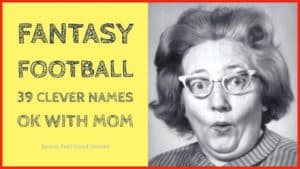 “Call Me Brady,” “The Touchdown Factory,” and “The Brees Knees” are just a few clever fantasy football names you might encounter in your league. Why the fascination with naming fantasy football teams? Whereas the winners of your fantasy league are typically hardcore fans who have spent considerable time poring over stats and projections, the folks […] 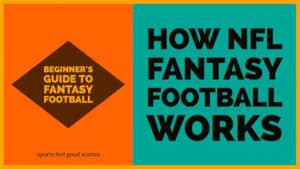 How NFL Fantasy Football works is a mystery to many folks. Fantasy sports are incredibly popular – it’s estimated by Fantasy Sports Trade Association that about 1 in 5 people plays in the U.S. But, those who are not big fans of football might struggle with gameplay. NFL fantasy football is a game of skill […] 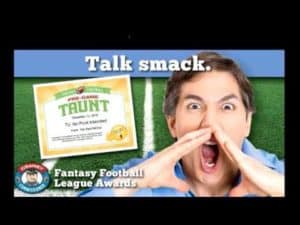 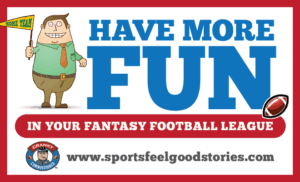 Looking for ways to have more fun in your fantasy football league? If you’ve ever played fantasy football, you know it can be a lot of fun. First, there’s the preparation for draft night. Never before have you know so much about the third receivers on teams like the Jacksonville Jaguars and Buffalo Bills. You […] 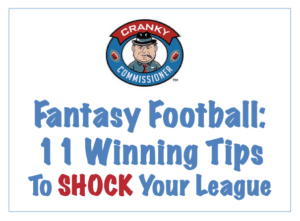 Writing “Fantasy Football: 11 Winning Tips to Shock your League” was long overdue. Now with the season nearly upon us is time for everyone to review these tips. Winning at fantasy football isn’t just about finishing first in your league and winning the Super Bowl. Sure, that’s a big deal and we’ll provide some important […]