In this collection of Charles Barkley quotes you’ll discover why the former NBA superstar, “The Round Mound of Rebound,” is noted for his humorous insights and no-holds-barred approach to commentating on the game.

Make sure to check out all of the hoops quotations from choices at bottom of the page.


You got to believe in yourself. Hell, I believe I’m the best-looking guy in the world and I might be right.

The kids are great. That’s one of the best things about our business, all the kids you get to meet. It’s a shame they have to grow up to be regular people and come to the games and call you names.

I can be bought. If they paid me enough, I’d work for the Klan.

I don’t hate anyone, at least not for more than 48 minutes, barring overtime.

We better not be doing the Bulls this year. Man, they suck! Bunch of high school kids with $70 million contracts. Damn! I hate my mother for having me too soon.

You can talk without saying a thing. I don’t ever want to be that type of person.

I’m just what America needs: another unemployed black man. (on his retirement from basketball)

Every time I think about changing a diaper, I run a little bit harder and a little bit faster to make sure I can afford a nanny until my daughter’s old enough to take care of that herself.

He’s got to bring something stronger than that. That’s like bringing milk to a bar, it’s not strong enough

We are in the business of kicking butt and business is very, very good.

I remember sitting down with the Rockets and saying, ‘Yeah. I’m going to retire.’ They said, ‘Well, we’ll give you $9 million.’ And I said, ‘You got a pen on you?’

If you go out with a girl and they say she has a great personality, she’s ugly. If they tell you a guy works hard, he can’t play a lick. Same thing.

It’s kinda great to see the Celtics doing well again cuz that was so much fun in my day to go to the Boston Garden and they spit at you and throw things at you and talk about your mom. It sounds like dinner at Kenny Smith’s house.

I think that the team that wins game five will win the series. Unless we lose game five. 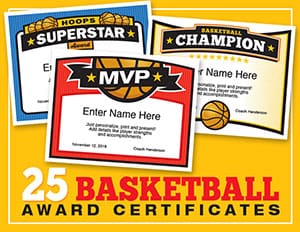 All I know is, as long as I led the Southeastern Conference in scoring, my grades would be fine.

I always laugh when people ask me about rebounding techniques. I’ve got a technique. It’s called just go get the damn ball.

Yeah, Ernie, its called defense, I mean I wouldn’t know anything about it personally but I’ve heard about it through the grapevine.

Mike is a basketball coach, author of three basketball books, and the founder of Sports Feel Good Stories.