You are here: Home / Winning Quotes to Inspire Competitors

The best winning quotes can inspire you to achieve even bigger things in life. Life is about moving from one goal to another, overcoming obstacles, meeting challenges head-on and overcoming. Getting a win matters in all walks of life. Whether it is in a professional or personal life, everyone wants to succeed. To hear most professional athletes speak, it’s a driving force in their will to prepare.

Share some of these words with your friends, teammates, and colleagues to inspire them. You can never know a little bit of motivation can mean a big thing to someone.

All right mister, let me tell you that winning means you’re willing to go longer, work harder, give more than anyone else.
Vince Lombardi

Nothing is black-and-white, except for winning and losing, and maybe that’s why people gravitate to that so much.
Steve Nash

To win you need to have first lost. That makes you so hungry to win that you’ll do everything you can to achieve it.
Brendon Clark

All right Mister, let me tell you what winning means? You’re willing to go longer, work harder, give more than anyone else.
Vince Lombardi

There is one quality that one must possess to win, and that is definiteness of purpose, the knowledge of what one wants, and a burning desire to possess it.
Napoleon Hill

History has demonstrated that the most notable winners usually encountered heartbreaking obstacles before they triumphed. They won because they refused to become discouraged by their defeats.
Bertie C. Forbes

The man who can drive himself further once the effort gets painful is the man who will win.
Roger Bannister – See Victory Quotes 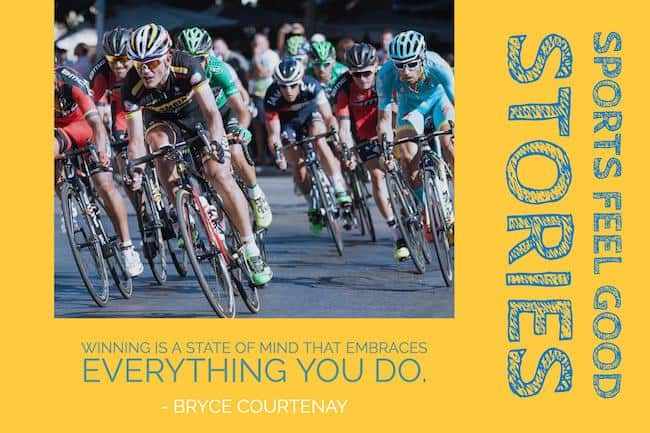 The Will to Win Quotations

Winning is the most important thing in my life, after breathing. Breathing first, winning next.
George Steinbrenner

I hated every minute of training, but I said, ‘Don’t quit. Suffer now and live the rest of your life as a champion.’
Muhammad Ali

The harder the conflict, the more glorious the triumph.
Thomas Paine

The meaning varies from one person to another. To an athlete, it means scoring more or coming ahead of the opponent. To others, it means achieving goals or overcoming challenges. Whether it’s achieving your short-term or long-term goals, the word inspires and motivates you to reach newer horizons. With every win, you grow in one or the other way. It adds something new and positive to you, improving your confidence and encouraging you to pursue new challenges and goals. In all its diversities and magnitudes, it is the underlying driving force that keeps you going in life.

Winning It isn’t Everything Saying

Winning isn’t everything, it’s the only thing.
Vince Lombardi

Winning isn’t everything, but losing isn’t anything.
Charles M. Schulz

Did you hear what this idiot just said!? He said it’s not about the W…It’s everything about the W with me!
Bernard Hopkins

Winning is not everything, but the effort to win is.
Zig Ziglar

The person that said winning isn’t everything never won anything.
Mia Hamm

Winning isn’t everything, but it beats anything in second place.
William C. Bryant

Winning isn’t everything, but playing and competing and striving and going through things can be a lot of fun and really important.
Andrew Shue

Once you have decided that winning isn’t everything, you become a winner.
George A. Sheehan

Winning isn’t everything… it’s just all there is.
Paul Newman

Do You Have What It Takes?

The key is not the will to win… everybody has that. It is the will to prepare to win that is important.
Bobby Knight

Winning is a state of mind that embraces everything you do.
Bryce Courtenay

I try to do the right thing at the right time. They may just be little things, but usually, they make the difference between winning and losing.
Kareem Abdul-Jabbar

Winning is great, sure, but if you are really going to do something in life, the secret is learning how to lose. Nobody goes undefeated all the time. If you can pick up after a crushing defeat, and go on to win again, you are going to be a champion someday.
Wilma Rudolph

Play to win because almost doesn’t cut it.
Ana Monnar

For me, winning isn’t something that happens suddenly on the field when the whistle blows and the crowd’s roar. Winning is something that builds physically and mentally every day that you train and every night that you dream.
Emmitt Smith

Mike is a sports author and editor of Sports Feel Good Stories.

Quotes about Working Out