Our Detroit Lions Fan Guide is perfect for fans new to the team or long-time Lion enthusiasts. Learn about the big names, how to follow the team in social media and top newspapers, talking points for the year, and the season’s schedule. There’s something for everyone.

Do you faithfully cheer on your team each year, hopeful that this is the year the Lombardi Trophy is hoisted?

Do you despise anything related to cheese, especially tacky headwear? And, do the names Sanders, Johnson, and Layne sound familiar? If so, you might be a Lions fan!

The Detroit Lions are one of four NFL teams that have never reached the Super Bowl, but that doesn’t stop die-hard fans from painting their faces blue and silver and attending every home game. The Lions are the heart of a city that is rebuilding and fans are hopeful that a better city and a stronger team are right around the corner.

Thanksgiving Day Tradition – Turkey Day is the holy grail of all Detroit Lions home games. The Lions are one of two teams who always play on Thanksgiving Day and the city of Detroit puts on a show. Fans can catch America’s Thanksgiving Day Parade before heading to the game at Ford Field.

“Gridiron Heroes” – This is the official theme song for the Lions and is played (and sung by fans!) after each scoring play. “Forward down the field, a charging team that will not yield…”

What To Order at the Game

Five Things To Do in Detroit on Saturday

Visit the Renaissance Center – A shopping complex with GM headquarters

Stroll through the Detroit Institute of Arts featuring 100+ galleries

Stop by the Heidelberg Project – An outdoor, non-profit art gallery featuring items made from recycled products

Campus Martius Park – Just a short walk from the stadium, visitors can grab a bite to eat, catch a concert, or ice skate in the winter months 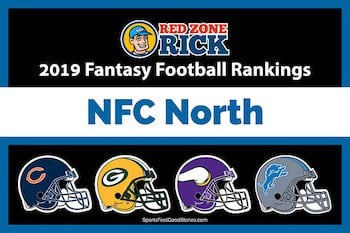 How to talk Michigan?

“The Mitten” is what we call our state, and we’ll point out where exactly we live on our hands!

We buy our alcohol at a “party store”.

It’s the WEEK-en… Not sure how or when we dropped the D, but we did.

We go to the “Secretariah State” to get our driver’s license renewed.

“Trolls” aren’t dolls; They’re anyone from downstate that visits the U.P.

Pride of Detroit (A blog for Lions fans, by Lions fans)

Best Lions Appearance in a Movie

Alan Alda stars as George Plimpton in Paper Lion, in which Plimpton tries his had at quarterbacking the NFL team for a short stretch.

Barry Sanders Authentic Throwback Jersey – You can step back into the 90s with this authentic Mitchell & Ness throwback jersey. No matter what the score is, this jersey will always be iconic, just like the man who wore it.

Lions vs. Packers – Out of all NFC North opponents, the Packers have caused the most drama for the Lions. One bitter moment for Lions fans? Green Bay quarterback Aaron Rodgers’ 61-yard Hail Mary in 2015. The Packers stunned the home team in the final seconds winning 27-23. The play was dubbed “Miracle in Motown” and even has its own Wikipedia page.

Lions vs. Bears – Since Chicago is relatively close to Detroit, there are a lot of fans who travel between Soldier Field and Ford Field during the year. While the Lions have done relatively well against the Bears in recent history, it’s always a battle between the two teams. The Lions have played the Bears at least once a year since 1930, making this the longest-running rivalry in the NFL.

Best Jerseys of All Time

Matthew Stafford – Fans can’t go wrong sporting the QB’s #9 jersey; It was also ranked as high as #4 in NFL jersey sales in 2017

Calvin Johnson – Gone, but not forgotten

Will the Lions ever win a Super Bowl?

Detroit has yet to bring the Lombardi trophy home, leaving some fans begging for a championship before they die. Fans wear “Please, Detroit, Just One Before I Die!” shirts to games, but the players haven’t got the message. However, with the addition of Coach Patricia, analysts believe the Lions will soon be on the main stage in February. Cris Collinsworth recently said the team has too much talent not to be in the Super Bowl.

What will Coach Patricia do?

Fans had mixed feelings about the hire of Matt Patricia. On one hand, he is bringing a lot of experience to the team and coming from one of the most successful franchises in the league. On the other hand, he’s never been a head coach before. Does he have what it takes to lead Stafford and the team to victory?

About That Lions Logo

The Lions logo is one thing that has remained consistent since 1961. The logo is simple, featuring a Honolulu Blue lion. There have only been a few minor changes in the last 50+ years, namely the outline changing from blue to black to silver. 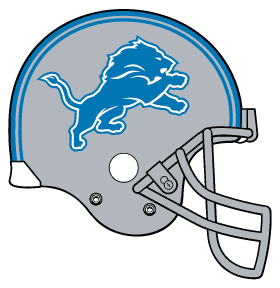 Names from the NFL Past You Should Know

Calvin Johnson – The wide receiver, nicknamed “Megatron”, was another very successful, popular Detroit Lion who retired early. Similar to Sanders, Johnson broke many records, including the fastest player to reach 10,000 receiving yards. Johnson retired in March 2016 after spending nine years with the Lions.

Herman Moore – Before there was Megatron, there was Moore. The wide receiver played for Detroit from 1991 to 2001. Like Johnson, he broke many records for both the Lions and the NFL. (Although many of his records were broken by Johnson!) Moore led the Lions to six playoff appearances. He was also selected for four Pro Bowl games.

Billy Sims – “Kung Fu Billy Sims” played for the Lions from 1980-1984. (The running back was given the nickname after running, jumping, and kicking an opponent in the head!) Sims was the first-round pick in the 1980 NFL draft and led Detroit to the playoffs in 1982 and 1983. Unfortunately, in 1984, Sims suffered a career-ending knee injury. A few years later, Barry Sanders filled his running back shoes and his coveted #20 jersey.

Barry Sanders – Sanders is undoubtedly the most famous Detroit Lion to play the game. He was a beast of a running back in the 90s, winning both NFL Rookie of the Year (1989) and NFL Most Valuable Player (1997). While Sanders broke many records, the most significant thing he broke was the fans’ hearts. A healthy Sanders unexpectedly retired in July 1999 and fans were never the same.

Dick Lane – Nicknamed “Night Train”, Lane joined the Lions via a trade-in 1960. The trade was once dubbed “one of the greatest trades that will ever be made in any sport”. Lane played for the Lions for five years and stuck around Detroit after he was no longer playing the game. He worked for the Lions in a variety of administration positions from 1966 to 1972 and also was in charge of Detroit’s Police Athletic League from 1975 to 1992.

Bobby Layne – The Lions may not have won a Super Bowl, but they have won NFL championships thanks to quarterback Layne. He led the team to wins in back-to-back championship games in 1952 and 1953. He also took the team to a third championship, which they lost in 1954. Layne was traded to the Pittsburgh Steelers in 1958. He supposedly put a curse on the Lions and said they would not win for 50 years.

Matthew Stafford – The star quarterback continues to produce year after year. He ended 2017 on a high note by recording his 3,000th career in completion and becoming the fastest in the NFL to do so. Fans can expect Stafford to be around for a while – He signed a five-year contract extension worth $160 million in 2017. Check out Matthew Stafford Fantasy Football Names.

Darius Slay, Jr. – Darius Slay is one Lion who continues to develop year after year. Slay was drafted by the Lions in the second round of the 2013 NFL draft. 2017 was Slay’s best year to date. He finished with a league-leading 8 interceptions and was named to his first Pro Bowl.

Golden Tate – “Showtime” Tate is currently the #1 wide receiver on the team. He signed a five-year, $31 million contract with the Lions in 2014. Since signing, Tate has been a great addition to the team both on and off the field.

Coach Matt Patricia was named head coach of the Detroit Lions on February 5, 2018. This is his first head coaching position inside the NFL. Patricia had previously served as the defensive coordinator of the New England Patriots. Coach Patricia worked 12 of his 14 seasons in New England with Bob Quinn, the Lions’ current GM.

Who owns the Detroit Lions?

Martha Firestone Ford is the current owner of the Detroit Lions. She took over as owner after her husband, William Clay Ford, Sr. passed away in 2014. William was the last of Henry Ford’s living grandchildren. He had been the sole owner of the team after buying out all the other owners in 1963. Mrs. Ford owns the majority of the team, but her four children hold small shares as well.

Let me be Blount.

The Chronicles of Riddick.

I Ansah To No One.

“Anything negative that comes at me throughout the week, you just take it and put it in that box over there for motivation and use it on Sunday.”
Calvin Johnson

“I never really lost a game in my career, sometimes I just ran out of time.”
Bobby Layne

Q – What do you call a Detroit Lion with a Super Bowl ring?

Where do the Lions Play?

The Lions play at Ford Field, a dome stadium located right in the heart of Detroit. The stadium was opened in 2002 and renovated in 2017. The regular seating capacity is 65,000 but can be adjusted to 70,000 for football games and 80,000 for basketball games.

Besides Lions games, the venue hosts the Quick Lane Bowl game for college football and the championship games for the state of Michigan. Many musical acts also perform at the stadium, including local favorites Eminem and Kid Rock.

Season tickets are available for the 2019 season. A membership includes game tickets up to 40% off single-game prices, guaranteed ticket priority for any Lions playoff games, and exclusive member events throughout the season.

What Detroit Lions Fan Guide is complete without a season schedule?

By Kati Jewell
Kati Jewell is a Michigan native who loves football. When she’s not on her boat with her husband and daughter, she can be found at a yoga class or lost in a good book.

Sports Event Calendar for the Year