Greg Popovich quotes for coaches, parents, and players. The San Antonio Spurs coach is nothing if not quotable. And, his insights spread well beyond the hardwood courts.

A reporter started off: “I know a lot of this is kind of speculation.” Popovich interrupting: “You’re going to ask me anyway.” Reporter: “And you’re going to shoot it down.” Popovich replied: “Next question.”
Greg Popovich

I don’t even understand the word happy. “Happy” is a stupid word. It really is. It makes no sense.
Greg Popovich

Timmy, he’s the beginning of it. He doesn’t have to be the end all the time now.
Greg Popovich

We would have two fewer championships here if it was not for Manu Ginobili. In my eyes, he’s the stud of the world.
Greg Popovich 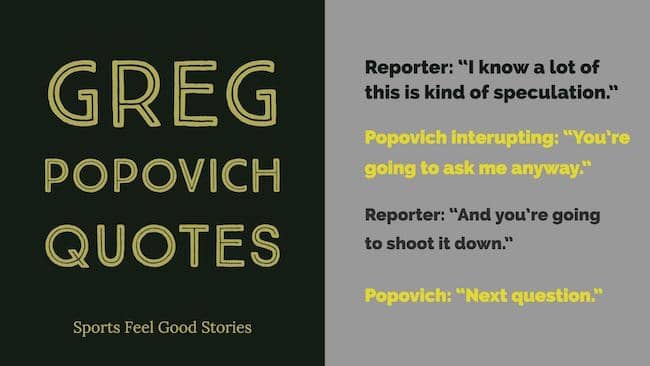 It’s hard to appreciate or enjoy torture.
Greg Popovich when asked if he appreciated being in Game 7.

I asked them if it wasn’t too much trouble if I wasn’t being too pushy if they could execute what we were trying to do. And if it didn’t make them too angry, if they also wanted to play some defense on the other end, that would be great.
Greg Popovich

We want your fanny back on the court, and I promise I’ll be nice. Get back here.
Greg Popovich to Craig Sager Jr. whose Dad was battling cancer.

Check out: Stephen A. Smith Quotes

Now, ask me a couple of inane questions.
Greg Popovich to Craig Sager Sr. upon his return and after a hug.

You have to make shots to win basketball games and we didn’t do that. You also have to get back on defense, so it was a double-whammy.
Greg Popovich

In Phil’s case, I was personally thrilled he came back because I think it’s huge for the league. When you think about what he’s done and how many championships he’s won, there’s always drama when he comes back in.
Greg Popovich

Read about Popovich’s Trailblazing moves at the Washington Post

Mike is a former basketball coach, author of three books on basketball, and the founder of Sports Feel Good Stories.

Teamwork Quotes to Inspire your Team 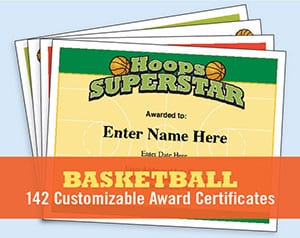