Here are a few selections for Russell Wilson fantasy football names. After leading the Wisconsin Badgers to the Rose Bowl in his one year at Madison, Wilson took the NFL by storm.

Prior to being a Badger, Wilson played football and baseball at North Carolina State. Wilson played minor league baseball as a second baseman. In football, he takes on more of a role as a pitcher. In his second season in the NFL, he led the Seahawks to their first-ever Super Bowl victory.

From Russell With Love. 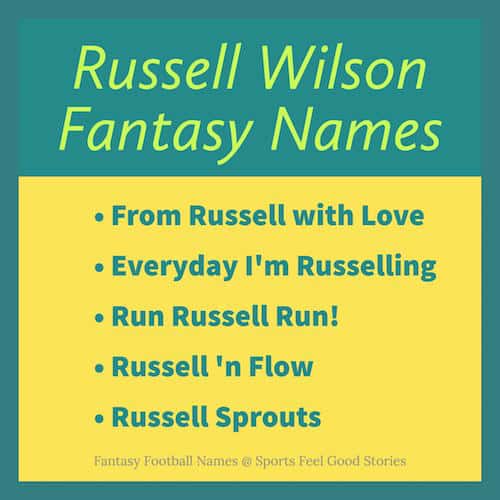 What popular singer mentions Russell Wilson in a rap song? Answer: Eminem did in 2013 singing, “It’s payback, Russell Wilson falling way back / In the draft, turn nothing into something, still can make that / Straw into gold chump, I will spin Rumpelstiltskin in a haystack.” 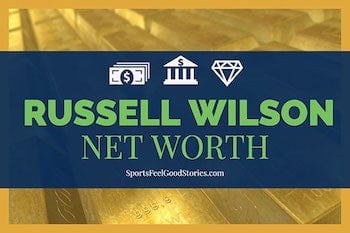 Russell’n my Jimmies (with Jimmy Graham).

1.) Wilson is married to Ciara, the singer, and songwriter. They were married in 2016.

3.) As the Seahawks QB, Wilson gives back to the community in many ways. During the NFL season, he makes weekly visits to the Seattle Children’s Hospital.

4.) Russell gave a very impressive commencement speech at the University of Wisconsin in 2016.

5.) Wilson is second only to Aaron Rodgers in career passer rating. With minimum attempts of 1,500, his rating is 99.6.