Our Baltimore Ravens Fan Guide provides some great background for the new fan and some highlights of past glories for past fans. Enjoy!

The Baltimore Ravens as we know them today are a fairly young franchise. Baltimore did have another football team prior to the Ravens: the Baltimore Colts. Following a major payoff from the city of Indianapolis, the team packed up and moved in the wee hours of the night on March 29, 1984, officially becoming the Indianapolis Colts.

The current team, established in 1996 by Art Modell, former team owner of the Cleveland Browns, decided he wanted to move his team from Ohio to Baltimore, Maryland. This makes the Ravens the second largest Cleveland emigrant after LeBron James. 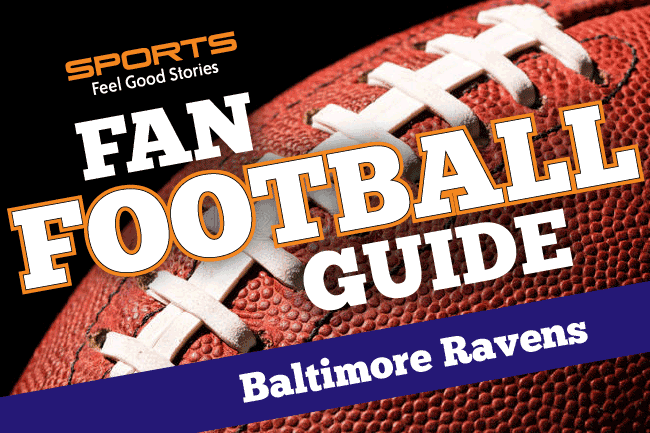 Like many stadiums, each Ravens game is prefaced with a series of announcements, one of which is focused on fan behavior. Following the “12th Man” guidelines, the announcer finishes with a final advisory of “don’t be a jerk,” to which all fans scream back “don’t be a jerk!” Ravens fans do, in fact, have a moral compass.

On game days, there is nothing better for a fan to experience than Ravens Walk, which is a huge strip of tailgates. Fans must pay for entry, but with so few bars and restaurants around, there really is no other place to be before kickoff.

Ravens vs. Pittsburgh Steelers: This rivalry is considered to be one of the most intense and best in the NFL. The Steelers traditional rival was the Cleveland Browns, but when Art Modell moved that team to Baltimore, the rivalry came along with it.

Ravens vs. Indianapolis Colts: This rivalry is fueled by the former Baltimore franchise leaving in the middle of the night for Indianapolis. During Ravens home games against the Colts, the scoreboard will simply list Indianapolis as the “Away” team.

Given that the Baltimore Ravens have only been around for a couple of decades, their jerseys have remained very much unchanged over the years. However, some of the most popular numbers to rock on game day are:

Following a copyright infringement case for their very first logo, the Ravens posted a poll in the Baltimore Sun which asked fans to choose their favorite of three logos. The primary logo became the iconic profile of the Raven with the letter B, and the secondary logo became the shield image, which honors the Calvert and Crossland emblems that are also featured on the Maryland flag.

Raven Names from the Past 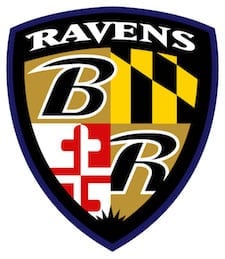 Art Modell, the mastermind behind moving the franchise from Cleveland to Baltimore, remained majority owner of the Baltimore Ravens until the team began experiencing strong financial hardships.

The League directed Modell to initiate the sale of the team, and in 2000, NFL owners approved a 49 percent stake in the team to be held by Steve Bisciotti. The deal included an option for Bisciotti to purchase the remaining 51 percent from Modell in 2004; this deal was approved, making Steve Bisciotti the current majority owner of the Baltimore Ravens.

“The hardest thing to do is work hard when no one’s watching.”

“There is a difference between conceit and confidence. Conceit is bragging about yourself. Confidence means you believe you can get the job done.”
– Johnny Unitas

What do you call a crime ring in Baltimore? 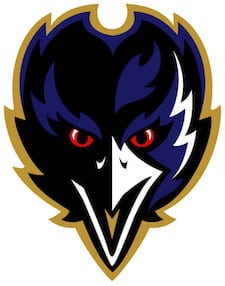 Where do they play?

Ravens Stadium broke new ground in 1996, and in 2003, M&T Bank acquired the naming rights. Following the death of Baltimore Ravens legend Johnny Unitas in 2002, many wanted to see the new stadium named for him.

A compromise was reached in naming the plaza in front of the main entrance “Unitas Plaza,” complete with a statue of the Baltimore icon.

How to get Baltimore home game tickets: 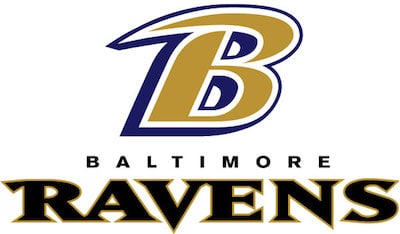