This Atlanta Falcons Fan Guide will get you pumped for the NFL season if you’re a fan of the Dirty Birds. It’s a great resource for the season schedule, famous players, rivalries and traditions.

Being an Atlanta Falcons Fan Guide

The Atlanta Falcons joined the NFL as an expansion team in 1965, when the league granted the Atlanta-based insurance executive Rankin Smith the franchise for a then-record $8.5 million. The Falcons were the 15th team to join the league, and their arrival precipitated the institution of a Bye Week in the schedule.

The Falcons almost didn’t exist though, because in 1964, the Cardinals, then in St. Louis, considered moving to Atlanta. The franchise decided to stay in St. Louis only after the city agreed to build the club a new stadium, which would become Busch Memorial Stadium.

Throughout their existence, the Falcons have struggled. They’ve won only 44.3 percent of their games all-time, the fourth-lowest mark in NFL history. During their 51 years of existence, Atlanta has made the playoffs just 14 times, but they have made two Super Bowls.

In 1998, the “Dirty Bird” Falcons soared to a 14-2 record and won the NFC for the first time in franchise history. They played in Super Bowl XXXIII against the Denver Broncos but lost 34-19. In 2016, the Falcons rode a dominant offense to Super Bowl LI versus the New England Patriots. But despite a 28-3 lead, Atlanta lost to the Pats in overtime 34-28. Enjoy this Atlanta Falcons Fan Guide.

The Falcons seem to be one of the few teams in the NFL that has a number of names associated with it that work well in the fantasy football realm. Here are a few:

Check out these fantasy links: 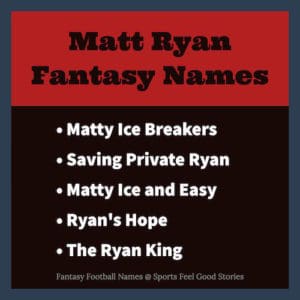 The One Falcons Cheer You need to Know

What to Order at a Falcons Game

The Falcons moved into their new state-of-the-art home, Mercedes-Benz Stadium, in 2017. One of the biggest upgrades in their new digs is at the concession stands. Mercedes-Benz Stadium goes all-out in terms of food and drink, with 1,264 beer taps on-site, and their stadium fare is among the most affordable in the league.

If you find yourself in the ATL for a game, make sure you visit Delia’s Chicken Sausage Stand for a “Hot Mess,” which features chicken sausage, chili, cheddar cheese, pickled jalapenos, and their signature “comeback” sauce. You can also pick up delicious Smoked Cheddar Cheesesteak Fries at Top Chef Kevin Gillespie’s Gamechanger, or the classic smoked BBQ wings at Fox Bros. BBQ. You can find vegan and vegetarian options at ATL FanFare. 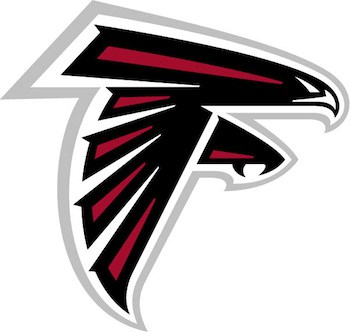 The Falcons don’t officially retire the jersey numbers of their greatest players, choosing instead to elect them to the team’s Ring of Honor. The Falcons Ring of Honor was featured in the rafters of the Georgia Dome. Now, the Ring of Honor stands outside Mercedes-Benz Stadium at the site’s “Front Porch” entry.

There are 10 former Falcons enshrined in the team’s Ring of Honor, including Pro Football Hall of Famer Deion Sanders, who wore No. 21. Fans can also see former linebacker Jessie Tuggle, No. 58, and the franchise’s first-ever draft pick, Tommy Nobis, No. 60.

Ryan regressed in 2017 after a historic 2016 run that landed him league MVP. On paper, he’ll have a number of weapons to deploy, including Jones, running back Devonta Freeman, and rookie receiver Calvin Ridley. He’ll need to justify his $30 million paychecks this season, but he should be able to do it.

About that Falcons Logo

The black falcon crest logo is one of the most iconic in all of sports. In 1965, the Falcons patterned their overall look after the two major college programs nearby, the University of Georgia and Georgia Tech. The Falcons red and black color scheme pays homage to the Bulldogs, and from 1966 to 1970, the team’s helmet featured a pair of gold and white stripes on the helmet in reference to Georgia Tech.

In 1990, the team moved away from the red and embraced the black helmets and silver pants, preferred by then-head coach Jerry Glanville. This iconic look was popularized by “Neon” Deion Sanders.

In 2003, the team reimagined their look, bringing red back to prominence. The logo was redesigned with red and silver accents to depict a more aggressive falcon, which now more closely resembles the capital letter F. The team adopted a red jersey as their primary look in 2004. 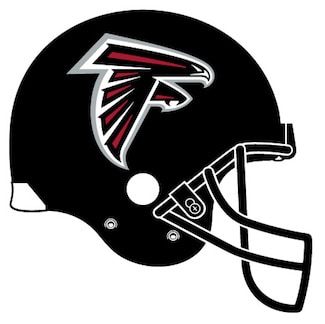 Falcon Names from the Past You Should Know

The Falcons franchise has seven players and one coach in the Pro Football Hall of Fame, but only two of those players (Deion Sanders and defensive end Claude Humphrey) played the majority of their career in Atlanta.

Dan Quinn is entering his fourth season as the head coach of the Atlanta Falcons. He’s parlayed his experiences with Pete Carroll and the Navy Seals to help build a solid team culture in Atlanta. He’s a defensive-centric coach, with all of his previous experience coming on that side of the ball, so he’s hoping offensive coordinator Steve Sarkisian improves in his second season with the team. Quinn’s Falcons have been over .500 in each of his first three seasons, and he’s looking for his third-straight 10-win season this year.

Arthur Blank has been the primary owner of the Atlanta Falcons since purchasing the team from Taylor Smith, son of team-founder Rankin Smith, in 2002. Blank is best known for co-founding Home Depot. He owned the Georgia Force of the Arena Football League until the team folded in 2012. Blank also owns the Atlanta United franchise of Major League Soccer.

Q: What do the Atlanta Falcons and possums have in common?
A: Both play dead at home and get killed on the road! 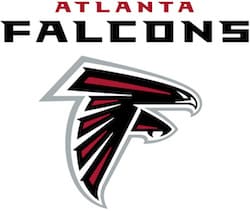 David is a freelance sports writer who has spent the last 15 years as an English teacher. He holds a Master’s Degree in English and Creative Writing, and has coached high school basketball for 10 years. Follow him on Twitter: @ByDLFernandez.

Green Bay Packers All You Need To Know