You are here: Home / Failure Quotes To Motivate and Inspire

Failure quotes challenge all of us to never accept defeat. Think of losses as part of the process. You seldom find anyone who wins all the time. To reach great heights, most victors have suffered a string of setbacks.

The secret to success lies in continuing to practice and keep going no matter how many times you have failed. The fear of failure should never deter you from trying again and again. Hard work and motivation can help you turn defeats into successes. You should treat your setbacks as stepping stones to achieve greatness. These words of wisdom can help.

2.) I have failed many times, but I have never gone into a game expecting myself to fail.
Michael Jordan – More quotes from His Airness

3.) Every man’s got to figure to get beat sometimes.
Joe Louis

4.) Losers quit when they fail. Winners fail until they succeed.
Unknown

5.) Failure is your opportunity to revise your strategy.
Unknown

6.) Don’t worry about failures, worry about the chances you miss when you don’t even try.
Jack Canfield

7.) Success consists of going from failure to failure without loss of enthusiasm.
Winston Churchill 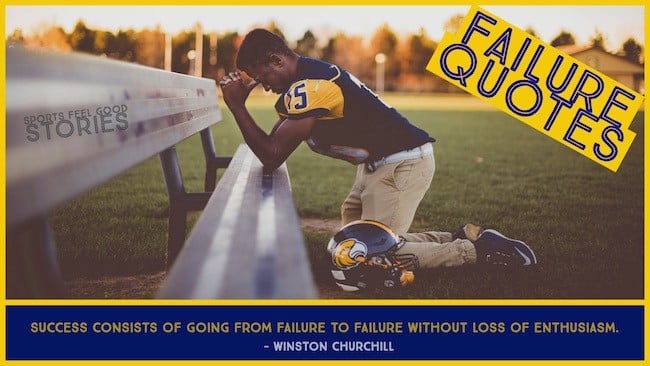 9.) Never let your head hang down. Never give up and sit down and grieve. Find another way.
Satchel Paige – More quotes from Satchel

12.) Adversity causes some men to break; others to break records.
William A. Ward

13.) Every adversity, every failure, every heartache carries with it the seed of an equal or greater benefit. When defeat comes, accept it as a signal that your plans are not sound, rebuild those plans, and set sail once more toward your coveted goal. The ladder of success is never crowded at the top.
Napoleon Hill

14.) There is no such thing as failure. Failure is just life trying to move us in another direction.
Oprah Winfrey

15.) Failure should be our teacher, not our undertaker. Failure is a delay, not defeat. It is a temporary detour, not a dead end. Failure is something we can avoid only by saying nothing, doing nothing, and being nothing.
Denis Waitley

16.) It is impossible to live without failing at something unless you live so cautiously that you might as well not have lived at all, in which case you have failed by default.
JK Rowling

17.) Failure is delay not defeat. It is a temporary detour, not a dead-end. Failure is something we can avoid only by saying nothing, doing nothing, and being nothing.
Unknown

18.) Remember that failure is an event, not a person.
Zig Ziglar

19.) It’s always tough when you lose – you’ve worked so hard for that moment and it hasn’t gone the way you wanted. But you have to realize there’s always a bright side, you have to pick yourself up and get ready for the next game.
Maria Sharapova

20.) If you are afraid of failure you don’t deserve to be successful!
Charles Barkley

21.) When the archer misses the mark, he turns and looks for the fault within himself. Failure to hit the bull’s eye is never the fault of the target. To improve your aim – improve yourself.
Gilbert Arland

22.) A man may make mistakes, but he isn’t a failure until he starts blaming someone else.
John Wooden

23.) There are no free throws in life, even when you get fouled.
Deborah Miller Palmore 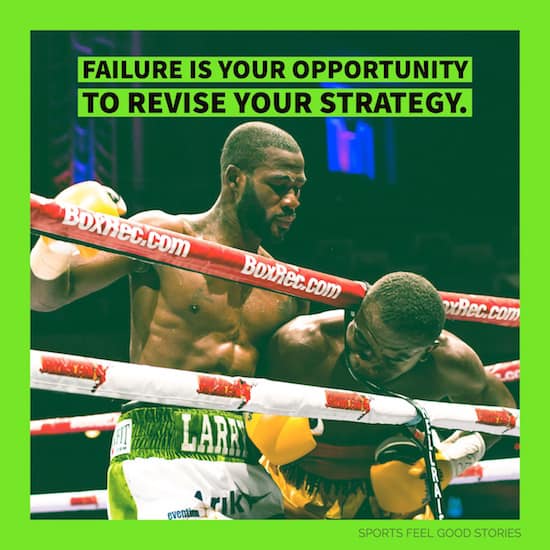 25.) If at first you don’t succeed, you are running about average.
M.H. Alderson

26.) Champions keep playing until they get it right.
Billie Jean King

27.) The difference between a winner and a loser is many times, a matter of inches. If you think you can do it, most of the time you’ll do it.
Nancy Lieberman Cline

28.) Push yourself again and again. Don’t give an inch until the final buzzer sounds.
Larry Bird – More quotes from Larry the Legend

30.) A champion is someone who gets up when he can’t.
Jack Dempsey

Give Your Best Quotations

31.) You’re never a loser until you quit trying.
Mike Ditka

33.) Run when you can, walk if you have to, crawl if you must; just never give up.
Dean Karnazes

34.) The hardest skill to acquire in this sport is the one where you compete all out, give it all you have, and you are still getting beat no matter what you do. When you have the killer instinct to fight through that, it is very special.
Eddie Resse

35.) I’ve missed more than 9,000 shots in my career. I’ve lost almost 300 games. 26 times, I’ve been trusted to take the game-winning shot and missed. I’ve failed over and over and over again in my life. And that is why I succeed.
Michael Jordan

36.) Winning does not always mean coming in first… the real victory is in arriving at the finish line with no regrets because you know you’ve gone all out.
Apolo Anton Ohno

37.) There is no doubt in my mind that there are many ways to be a winner, but there is only one way to be a loser and that is to fail and not look beyond the failure.
Kyle Rote, Jr.

38.) Excellence is the gradual result of always striving to do better.
Pat Riley 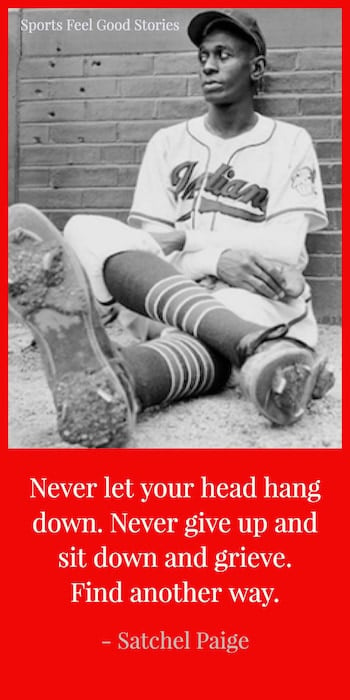 39.) The only way to prove that you’re a good sport is to lose.
Ernie Banks

41.) Just keep going. Everybody gets better if they keep at it.
Ted Williams

42.) When you win, say nothing, when you lose, say less.
Paul Brown

43.) We always learn more from the losing than the winning.
Yani Tseng

44.) Win If You Can, Lose If You Must, But NEVER QUIT!
Cameron Trammell

45.) Always make a total effort, even when the odds are against you.
Arnold Palmer

46.) What makes something special is not just what you have to gain, but what you feel there is to lose.
Andre Agassi

47.) Never let the fear of striking out get in your way.
Babe Ruth

Never Give Up Quotes

48.) I hate losing and cricket being my first love, once I enter the ground it’s a different zone altogether and that hunger for winning is always there.
Sachin Tendulkar

49.) Never give up, never give in, and when the upper hand is ours, may we have the ability to handle the win with the dignity that we absorbed the loss.
Doug Williams

50.) You find that you have peace of mind and can enjoy yourself, get more sleep, and rest when you know that it was a one hundred percent effort that you gave–win or lose.
Gordie Howe 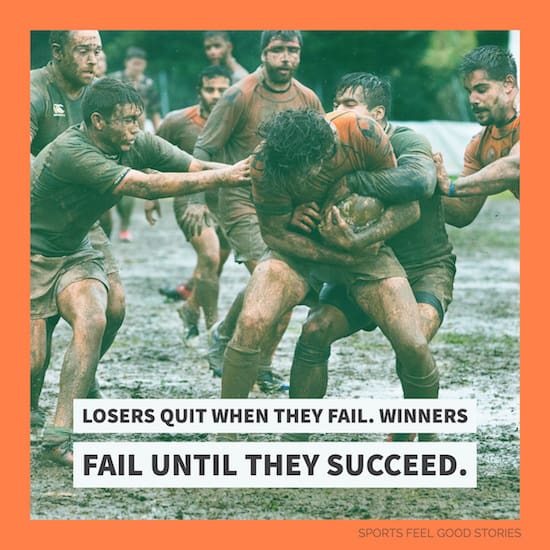 52.) Every strike brings me closer to the next home run.
Babe Ruth

53.) If you fail to prepare, you’re prepared to fail.
Mark Spitz

54.) Never give up! Failure and rejection are only the first steps to succeeding.
Jim Valvano – More quotes from Jimmy V

55.) You’re always going to survive the pain of loss. I can live with that confidence inside of me.
Hope Solo

56.) You can’t win all the time. There are guys out there who are better than you.
Yogi Berra

57.) Success is simply a matter of luck. Ask any failure.
Earl Wilson 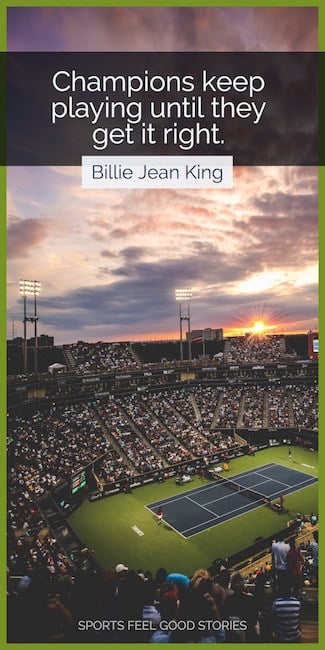 58.) Most people give up just when they’re about to achieve success. They quit on the one-yard line. They give up at the last minute of the game one foot from a winning touchdown.
Ross Perot

60.) The mark of a great player is in his ability to come back. The great champions have all come back from defeat.
Sam Snead

63.) The taste of defeat has a richness of experience all its own.
Bill Bradley

64.) I’ve learned that something constructive comes from every defeat.
Tom Landry

65.) I had a lot of times with Wales as well when we were getting beat – and beat well – and you learn to deal with it. You learn that next time it happens, you roll your sleeves up and give everything for the team.
Gary Speed

66.) But man is not made for defeat. A man can be destroyed but not defeated.
Ernest Hemingway

68.) Defeat should never be a source of discouragement, but rather a fresh stimulus.
Unknown

Failure Is Not An Option Quotes

69.) Giving up is the only sure way to fail.
Gena Showalter

70.) I’d rather be partly great than entirely useless.
Neal Shusterman

71.) One of the common failings among honorable people is a failure to appreciate how thoroughly dishonorable some other people can be, and how dangerous it is to trust them.
Thomas Sowell

72.) Through perseverance, many people win success out of what seemed destined to be certain failure.
Benjamin Disraeli

73.) Success is often achieved by those who don’t know that failure is inevitable.
Coco Chanel

74.) I don’t believe in failure. It would not be a failure if you enjoyed the process.
Oprah Winfrey

75.) Failure is not a single, cataclysmic event. You don’t fail overnight. Instead, failure is a few errors in judgment, repeated every day.
Jim Rohn

76.) A thinker sees his own actions as experiments and questions–as attempts to find out something. Success and failure are for him answers above all.
Friedrich Nietzsche

77.) In the business world today, failure is apparently not an option. We need to change this attitude toward failure – and celebrate the idea that only by falling on our collective business faces do we learn enough to succeed down the road.
Naveen Jain

78.) Failures, repeated failures, are finger posts on the road to achievement. One fails forward toward success.
C. S. Lewis

79.) My past is everything I failed to be.
Fernando Pessoa

80.) Often the difference between a successful person and a failure is not one has better abilities or ideas, but the courage that one has to bet on one’s ideas, to take a calculated risk – and to act.
André Malraux

How to Use These Quotes

Sometimes a tough loss or setback makes great locker room bulletin board material. It can serve as motivation. Likewise, these quotations might help inspire you to bounce back quickly.

So, here are some ideas on where to use them:

We hope that helps. It’s not that you lose, but how you handle the loss.

You’re on the Failure Quotes To Motivate and Inspire page.